Moon explained Seoul's Korea New Deal project, which puts heavy emphasis on future-oriented digital and green projects, and the country's recent stated goal of going carbon neutral by 2050 as part of efforts to commit to the Paris Agreement. 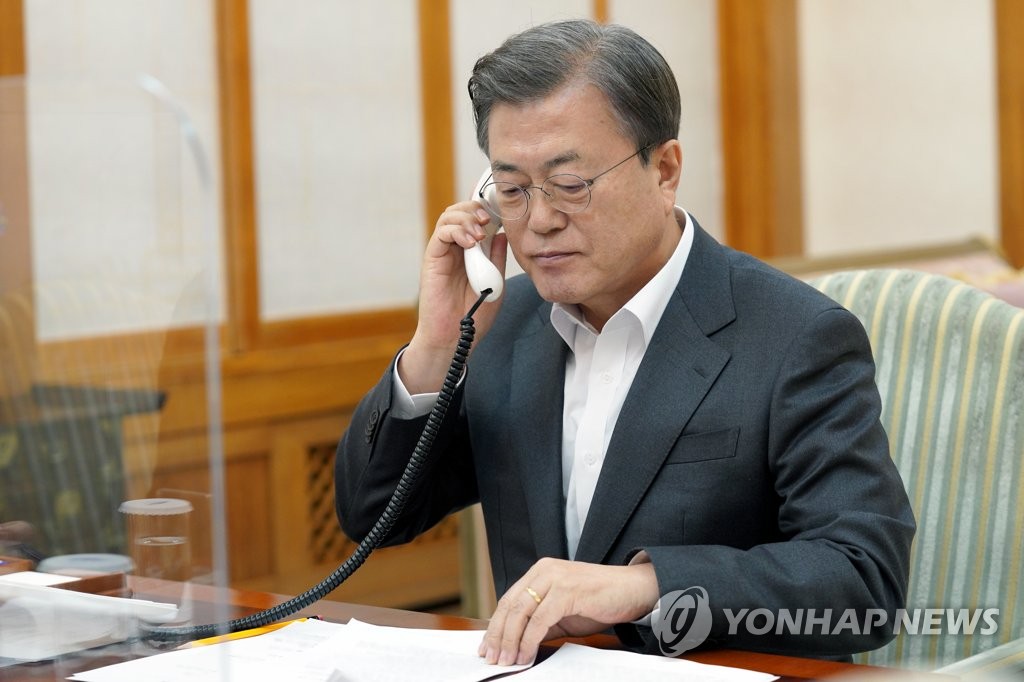 Macron told Moon that France would like to support various initiatives of the South Korean president and that he would actively participate in the P4G summit scheduled to be held in Seoul next year.

P4G, which stands for Partnering for Green Growth and the Global Goals 2030, is a public-private initiative aimed at tackling climate change and other sustainable development goals.

As part of the agreement in last month's Group of 20 summit, the two leaders also pledged to work together in the areas of development, provision and inoculation involving vaccines for the new coronavirus.

Moon also explained that he plans to cooperate with the next U.S. administration under Joe Biden to denuclearize and foster peace on the Korean Peninsula, to which Macron reaffirmed his support for the stability of the peninsula.

Macron, meanwhile, told Moon that he hoped to visit South Korea next year to discuss ways to further deepen the two countries' cooperative relationship. Moon said that he hoped to meet Macron in Seoul next year by overcoming the new coronavirus pandemic. 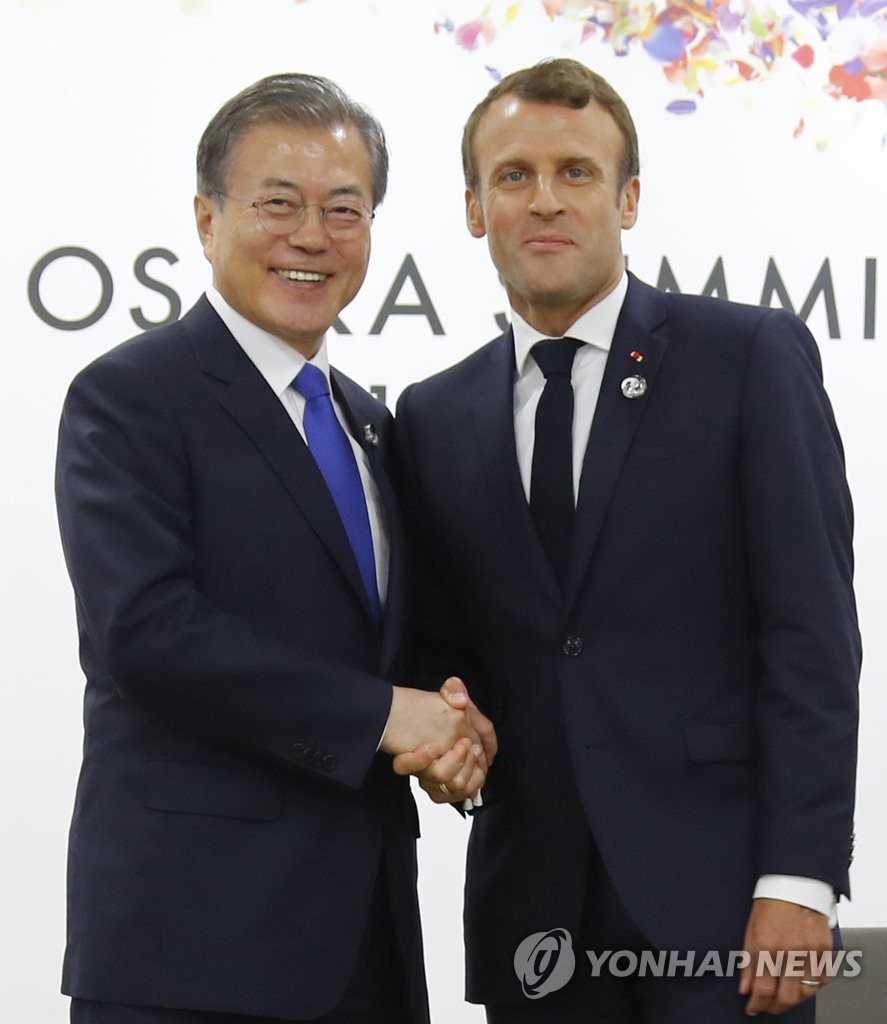