If confirmed, LaCamera will succeed Gen. Robert Abrams to lead the 28,500 American troops based in South Korea, as well as to take the helm of the U.N. Command and the South Korea-U.S. Combined Forces Command. Abrams took office in November 2018.

The nomination is part of a routine reshuffle, though no official term of office is set for a USFK commander, the sources said, adding that LaCamera is expected to face a parliamentary hearing in around February or March.

LaCamera has been in command of the U.S. Army Pacific (USARPAC) since November last year, which is the land forces component of the U.S. Indo-Pacific Command and encompasses such locations as South Korea, Japan, Hawaii and Guam.

USFK said it is "aware of recent reporting" for the next UNC/CFC/USFK commander, but an official nomination or announcement has not been made. 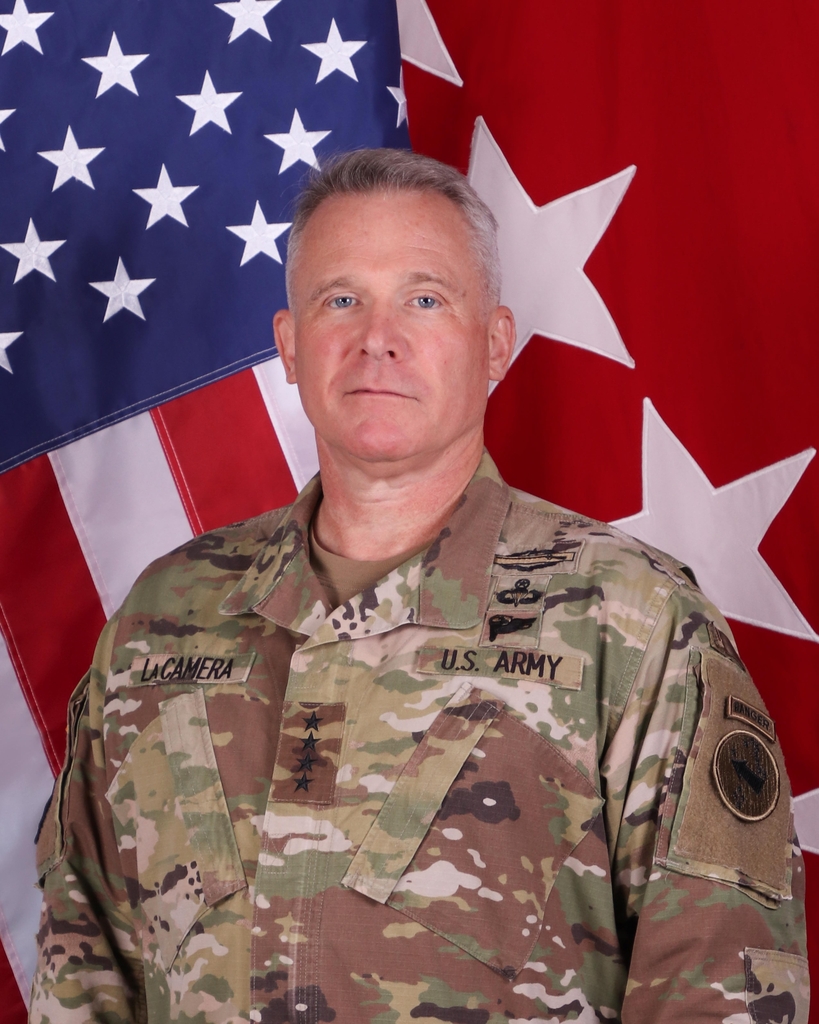