The narrow defeat at Education City Stadium in Al Rayyan, Qatar, left FC Seoul in third place with six points from two wins and four losses. They only needed a draw against Melbourne to join Beijing Guoan in the round of 16, but they couldn't rally after falling behind 2-0 within the first half-hour of the match. 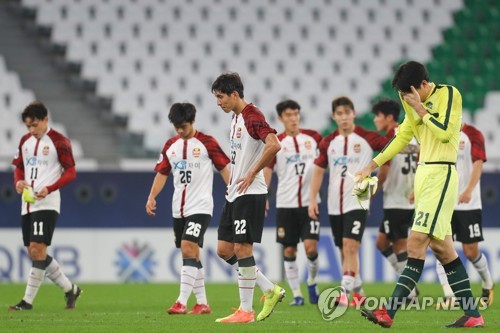 Marco Rojas and Jake Brimmer scored in the fifth and 23rd minutes for Melbourne, while Hwang Hyun-soo had FC Seoul's only response in the 64th.

FC Seoul fired 24 shots and put nine on target, while Melbourne took five shots and only two were on target. 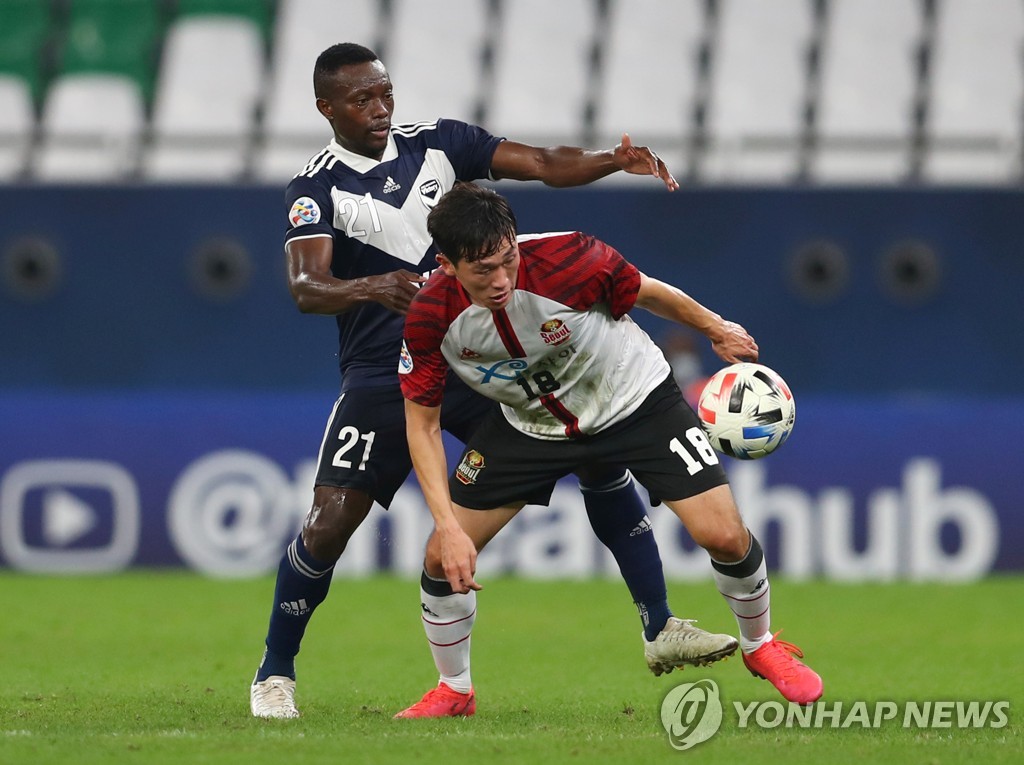 Also on Thursday, Ulsan Hyundai FC, runners-up to Jeonbuk in both the K League 1 and the Korean FA Cup, completed their undefeated group stage with a 4-1 thumping of Shanghai Shenhua at Jassim bin Hamad Stadium in Doha.

Ulsan had already secured the top spot in Group F before Thursday's match, and the rout capped off a run of five wins and one draw in the group stage. All five victories have come since the tournament resumed in the bubble set up in Doha on Nov. 21. 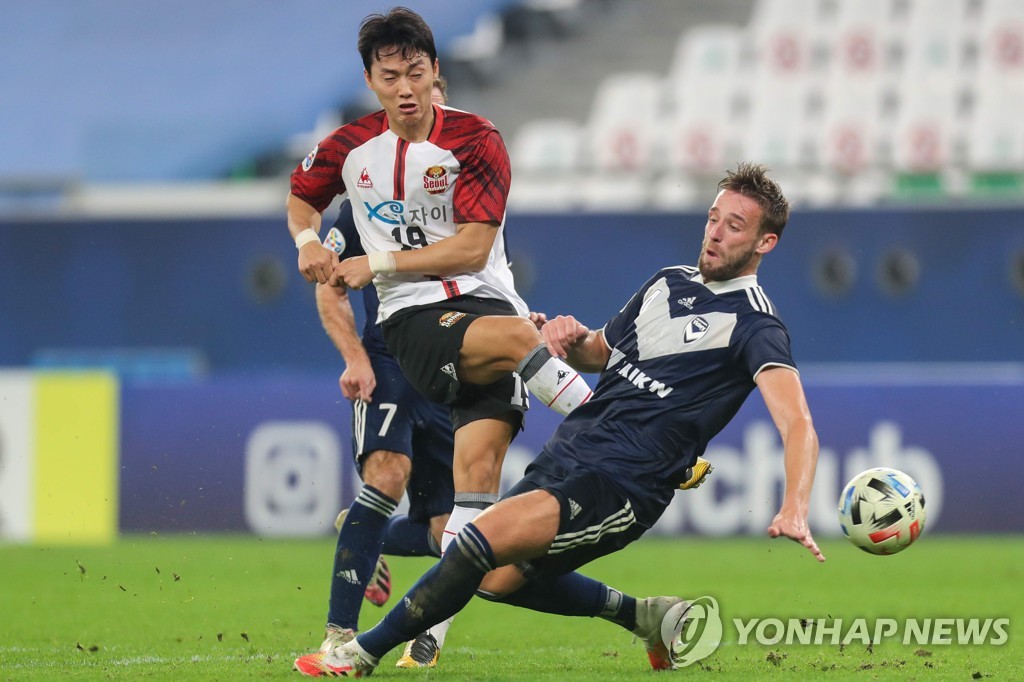 Ulsan started some of their second-string players against Shanghai, which had to win Thursday just to have a shot at reaching the last 16.

The South Korean club didn't take its foot off the pedal, with Park Jung-in opening the scoring in the third minute and Lee Sang-heon doubling the lead in the 24th. Bi Jinhao answered back for Shanghai at the hour mark, but then Bjorn Johnsen put up two goals late in the second half to round out the scoring for Ulsan. 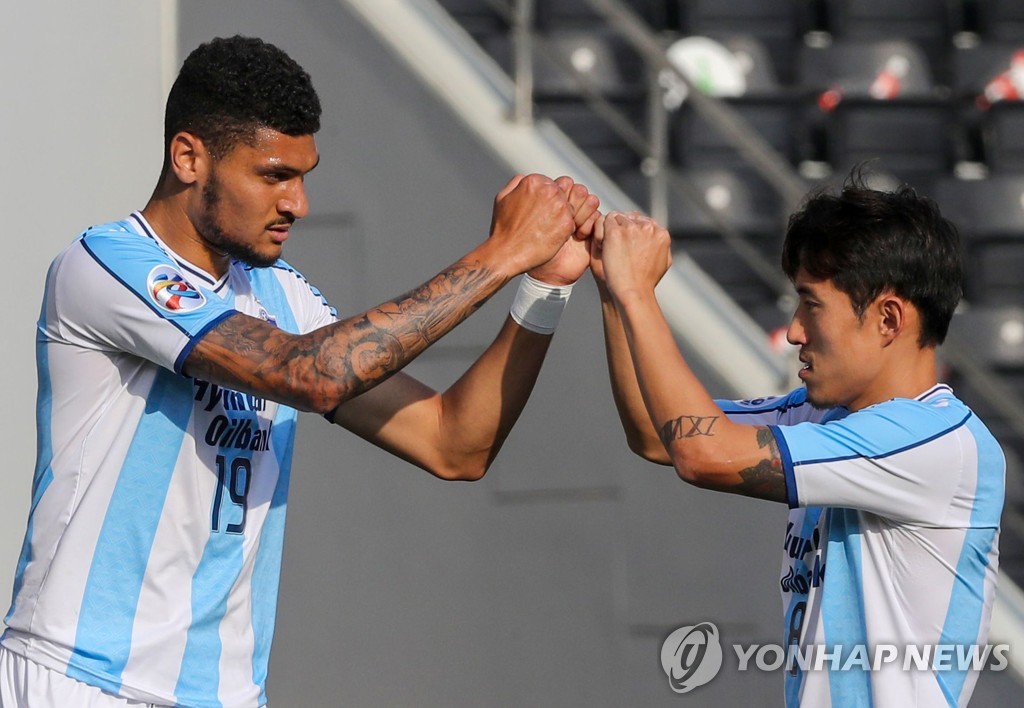 Ulsan will face Melbourne in the round of 16 on Sunday at Education City Stadium. The kickoff is 5 p.m. in Qatar and 11 p.m. in South Korea.

Suwon Samsung Bluewings, the one remaining K League club, have a chance to join Ulsan in the knockouts Friday night. 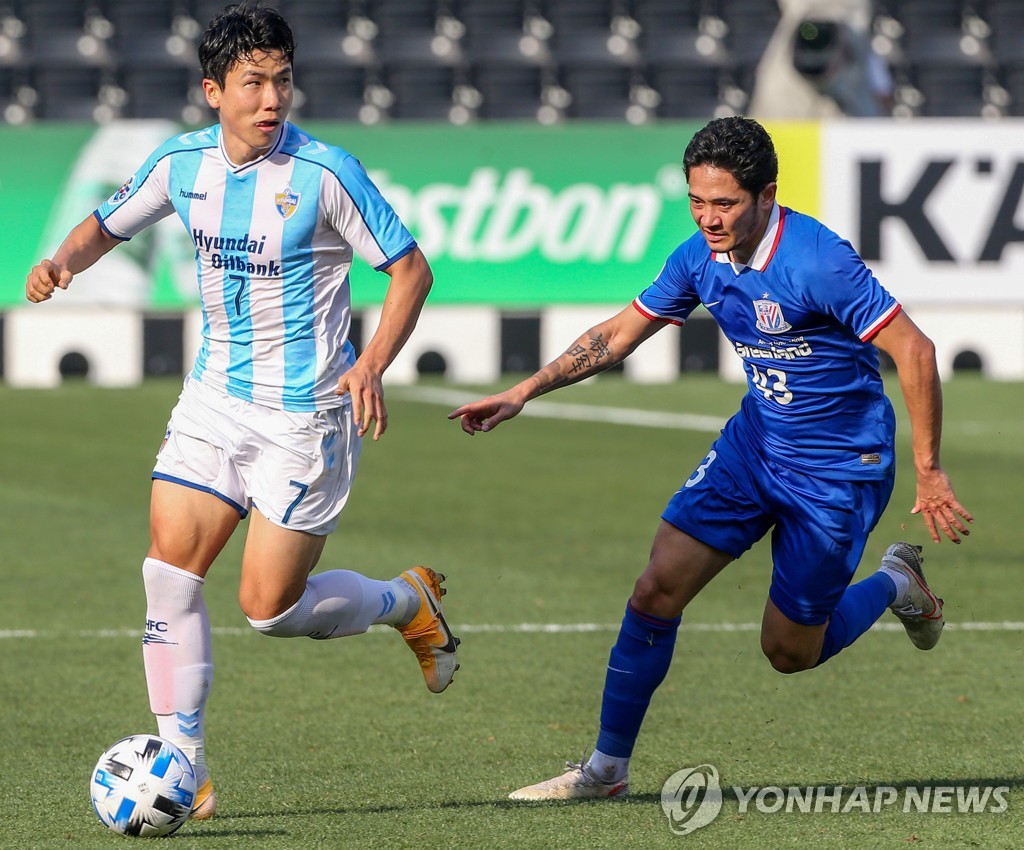 They close out Group G action against Vissel Kobe at Khalifa International Stadium in Doha. Suwon are in third place with two points, three behind Guangzhou Evergrande, who have already completed their group play. Vissel Kobe have clinched the top spot.

To make up for their deficit in goal difference, Suwon must defeat Vissel Kobe by at least two goals to advance to the round of 16 as the Group G runners-up. 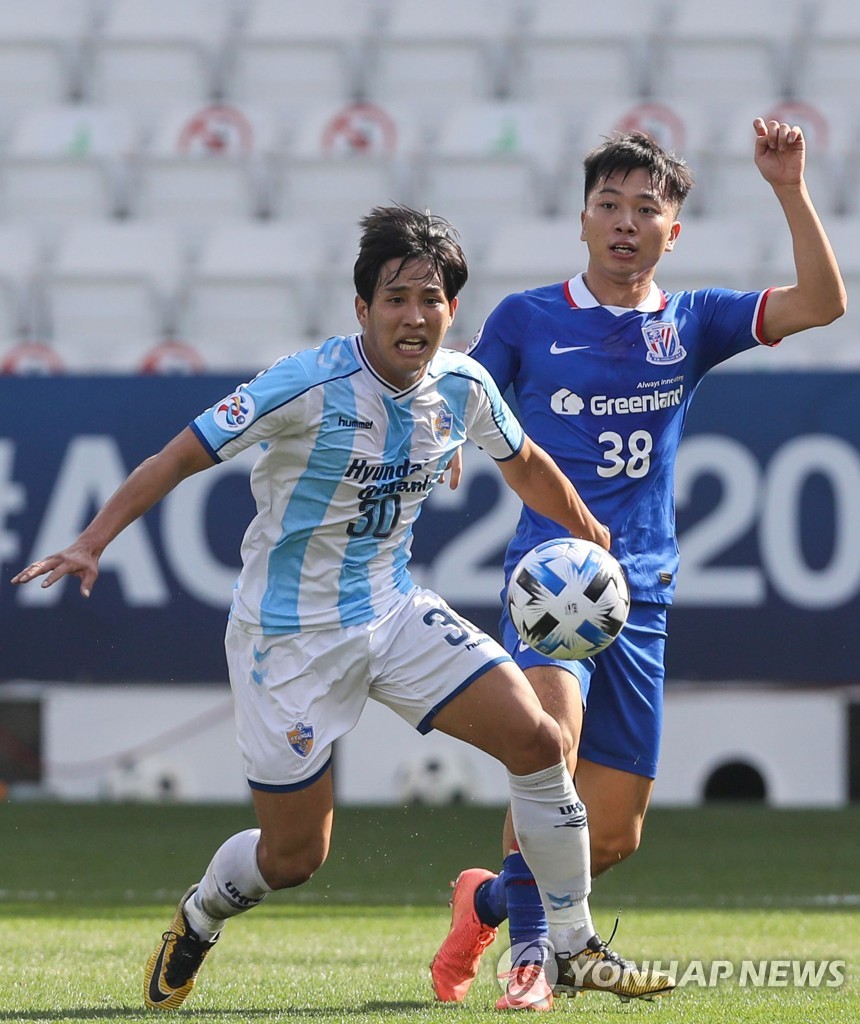