"The number of new COVID-19 infections, which shrunk a bit as of late, is again increasing, and the crisis situation is still ongoing," Chung said during a government meeting of top officials in charge of dealing with the pandemic.

The meeting of the Central Disaster and Safety Countermeasure Headquarters was held at the provincial government office of South Gyeongsang Province in Changwon, 398 kilometers southeast of Seoul.

Chung's comments came as the country reported 629 new COVID-19 cases on Friday, the most in nearly nine months despite tightened antivirus measures. 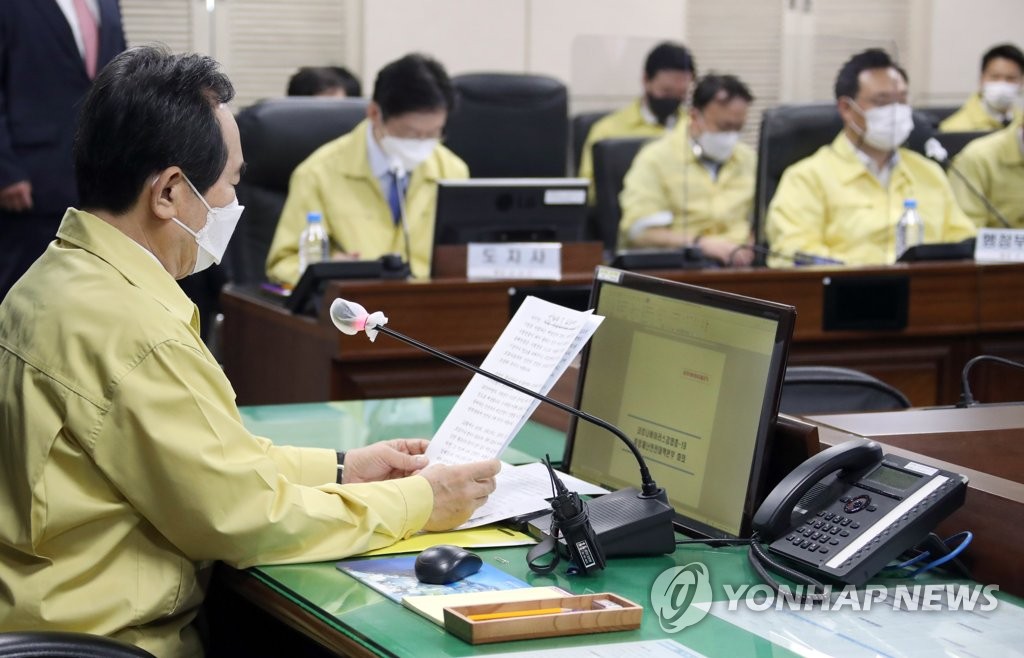 "We will monitor the situation until the weekend and decide on whether to adopt additional antivirus measures," the prime minister said.

Chung noted that the growth in new infections in the greater Seoul area, despite the enforcement of tougher government-mandated social distancing rules starting 10 days ago, was especially alarming.

The prime minister also expressed concerns over rapid infections in other regions, pointing out that the average number of new infections in the South Gyeongsang region during the past week stood at 48.4, the highest among regions outside of the greater Seoul area.

He also asked students and those who took the College Scholastic Ability Test, an annual national college entrance exam, on Thursday to avoid visiting entertainment establishments such as karaoke rooms and PC cafes.