Three Army officers at the Sangmudae Artillery School in Jangseong, 310 kilometers south of Seoul, were diagnosed with COVID-19 while in quarantine after cluster infections were reported at the base, according to the ministry.

Another officer in the central city of Gyeryong tested positive while in quarantine after he was found to have had contact with a person who was later found to have contracted the virus.

The other soldiers -- based in the border county of Yeoncheon and the northeastern county of Inje, respectively -- tested positive after virus cases were reported at their bases.

The Marine Corps enlistee in the southeastern port city of Pohang tested positive while away from his unit for holiday before discharge after a family member was infected, the ministry said.

The latest infections brought the total number of virus cases reported among the military population to 396. 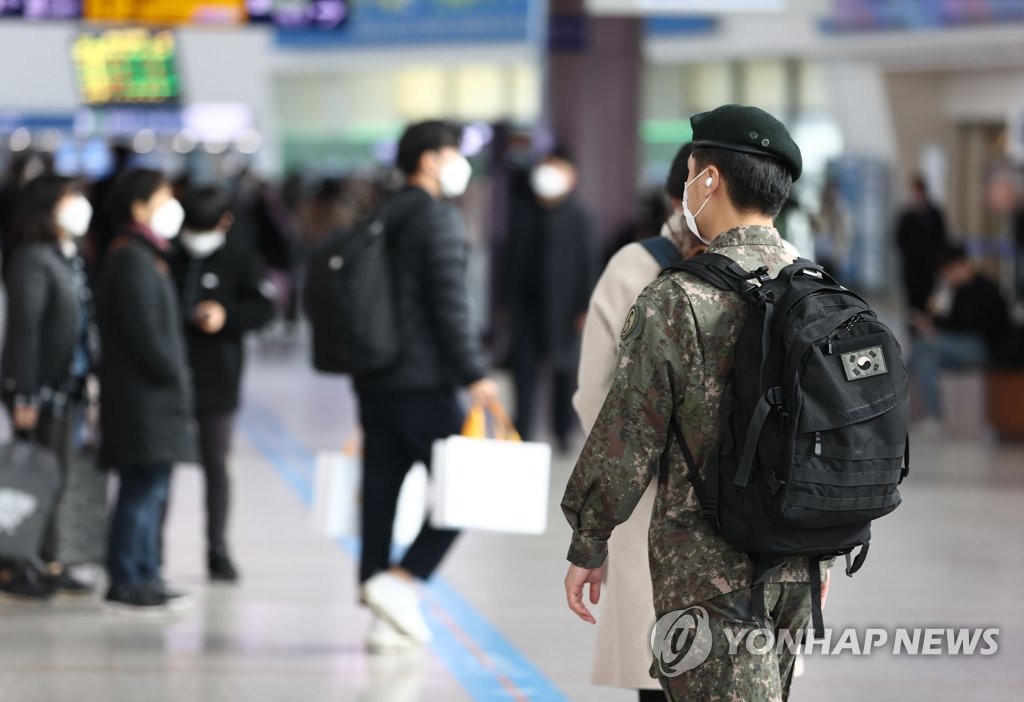