Samsung Electronics has promoted a total of 214 officials to higher positions to reflect their contributions to the company's stellar performance in the July-September period, the company said in a statement.

"The executives helped the company report sharply improved earnings results in the third quarter compared with a year earlier by properly responding to market demands despite growing uncertainties amid the coronavirus pandemic," a company spokesman said over the phone.

The size of personnel changes is bigger than 162 promotions in January and 221 at the end of 2017.

In the latest reshuffle, Samsung Electronics more than doubled the number of executive vice presidents to 31 from 14 last year, which means an expanded pool of qualified CEO candidates for the chip giant, as well as an upcoming generational change in management.

Lee, the eldest child and only son of the late chairman, has been the de facto leader of the country's biggest conglomerate by assets since 2014 after his father collapsed from a heart attack.

In the promotions, the number of newly appointed foreign executives fell to two this time from four a year earlier, while that of newly named female executives rose to eight from five during the same period, the spokesman said. 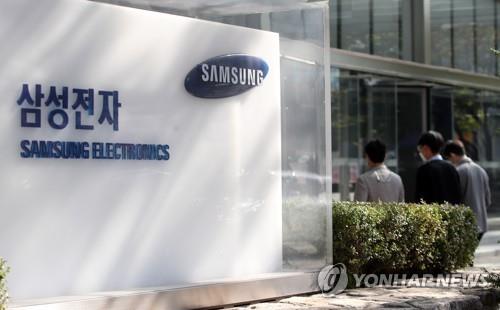