The sentencing demand was made during a hearing held at the Jeju District Court on Thursday on the case of Bae Jun-hwan, a 37-year-old who was arrested in July on charges of forcing 44 minors encountered in an open online chat room to produce 1,293 sexual exploitation photos and videos from July last year to June and distributing 88 of them on a pornographic site.

Bae is accused of offering gift icons worth between 1,000 won (US$0.90) and 20,000 won to his victims, who ranged from a fifth-grade elementary school student to a high school junior, in return for their performances in his videos.

The man was also charged with prostitution or sex trafficking against two of his juvenile victims and with distributing 907 videos, shot while having sex with eight adult women, on a pornographic site.

Prosecutors said a life sentence is inevitable for Bae because his young victims have long suffered damage.

Bae and his lawyer pleaded for leniency, arguing that coercion or physical threats were not used in his crimes and damage to the victims from the spread of the videos was limited.

The sentencing hearing for Bae is slated for Dec. 24. 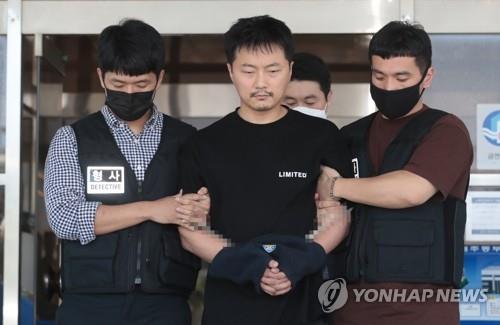 Last month, Cho Ju-bin, a high-profile sex offender accused of blackmailing dozens of women including minors into producing sexual abuse materials for distribution to paying online clients, was sentenced to 40 years in prison.