When the 23 Meiji-era industrial sites won the World Heritage recognition in 2015, Japan promised to set up an information center to remember and honor the victims in a way that recognizes that they were forcibly mobilized for labor.

But the promise was not kept.

An information center, which opened in Tokyo in June, only highlighted achievements of Japan's industrial revolution without mentioning the suffering of Korean forced labor victims. Among the sites is the notorious Hashima Island, also known as the Battleship Island, where many Koreans were forced into labor.

Earlier this week, Japan submitted an implementation report on how it has been carrying out the recommendations by the UNESCO World Heritage Committee (WHC) since the designation, such as providing explanations on the "full history" of each site.

But the report is not much different from past implementation reports, the foreign ministry official said.

"Japan says it has consulted international experts to benchmark cases of other countries to reflect the whole history, but it did not provide details about how the consultations took place and their outcome," the official said on condition of anonymity.

"Most importantly, there is still nothing in the exhibits that shows that they took steps to commemorate the victims in an appropriate way, which was what they had promised to do for the part of the interpretation strategy."

The government will continue to urge Japan to offer a "balanced" explanation on the history of the heritage sites and will seek to spur moves for the WHC to adopt a fresh decision that will pressure Tokyo to make correction, the official said.

The WHC was set to hold its 44th session from late June to early July this year, but it has been postponed till next summer due to coronavirus concerns. 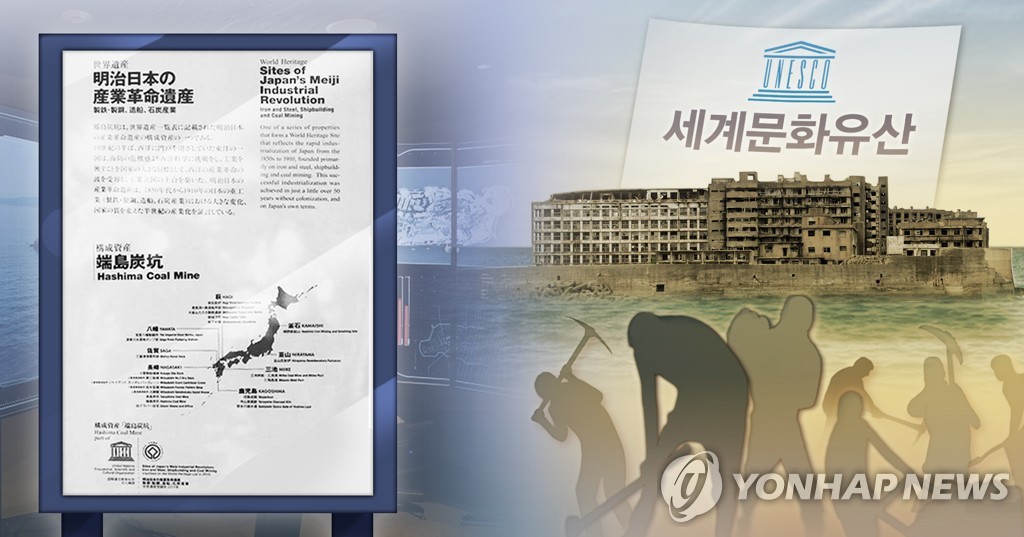