INCHEON, Dec. 4 (Yonhap) -- An appeals court on Friday upheld a lower court's six-month prison sentence for an Incheon cram school teacher indicted for lying about his job and whereabouts after testing positive for the new coronavirus and subsequently causing some 60 infections.

The Incheon District Court's appellate division said that a district court's verdict of six-month imprisonment given in October to the teacher, identified only as a 24-year-old man residing in Incheon, west of Seoul, doesn't seem unfair.

The man, who was diagnosed with COVID-19 on May 9 after visits to bars in Seoul, was indicted in August for lying over 20 times to health officials in charge of contact tracing in violation of the Infectious Disease Control and Prevention Act.

During an epidemiological survey, he lied to health authorities and told them he was unemployed, despite his teaching job at a private institute, hampering their efforts to timely isolate people who might have come in contact with him. More than 60 people contracted the virus in chain transmissions traced to the teacher.

"His offense inflicted huge economic and social damage and caused fear among community members," the appellate court said in the ruling.

His dishonesty delayed epidemiological surveys and self-quarantine of his close contacts that should have been carried out in a timely manner to contain the spread of the virus, it added.

But the court said it took into consideration the defendant's repentance and lack of prior crimes in determining the sentence.

The prosecution had demanded a two-year prison sentence, the maximum possible penalty that relevant laws allow. 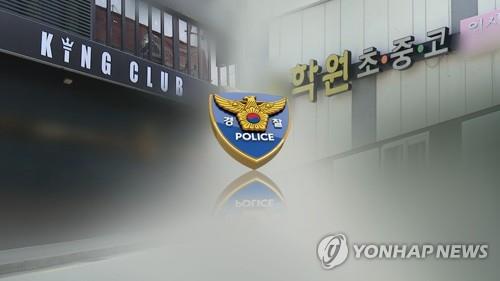