SEOUL, Dec. 4 (Yonhap) -- Jeon Hae-cheol, nominated Friday as the new interior and safety minister, is a third-term lawmaker of the ruling Democratic Party and arguably one of the closest confidants of President Moon Jae-in.

Jeon, 58, began his career as a human rights lawyer in 1993. During the 2002 presidential election, he worked together with Moon on the legal team for then-candidate Roh Moo-hyun, who was Jeon's colleague at a law firm in the 1990s. 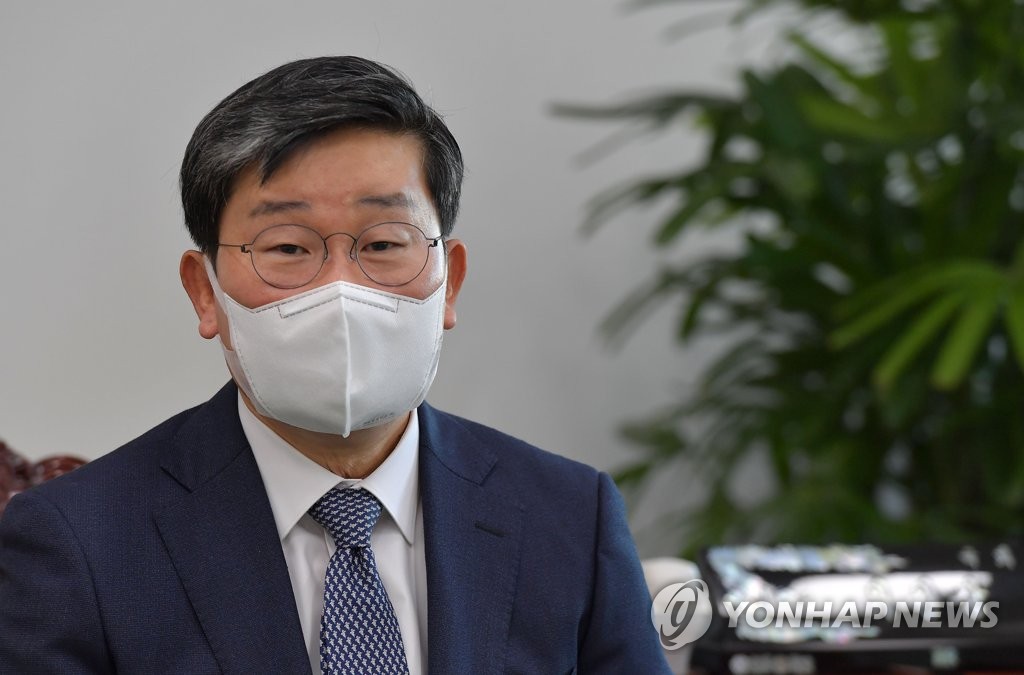 Following Roh's inauguration in 2003, Jeon worked as a member of the presidential commission on suspicious deaths.

In 2004, he played a key role in the fight against opposition parties' impeachment of Roh, which was later overturned by the Constitutional Court. Jeon then served as a senior presidential aide along with Moon.

He is serving a third term as a lawmaker since his first election in 2012. He chairs the Intelligence Committee of the National Assembly.

It is said Jeon is among Moon's three most trusted allies, along with Lee Ho-cheol and Yang Jung-chul, who worked at Cheong Wa Dae during Roh's presidency.

He was born in the southwestern city of Mokpo in 1962 and graduated from Korea University in Seoul.
(END)