Lee Oak-hyung, the lawyer for Choo, said the ministry has requested that a higher court review the Seoul Administrative Court's ruling on Tuesday that allowed Yoon to return to work.

Choo suspended Yoon from duty earlier last week and said she would discipline him over six counts of alleged misdeeds, including collecting personal data of justices in charge of politically sensitive cases.

The decision came as Choo and Yoon have been at odds over a series of politically sensitive cases and prosecution reform. 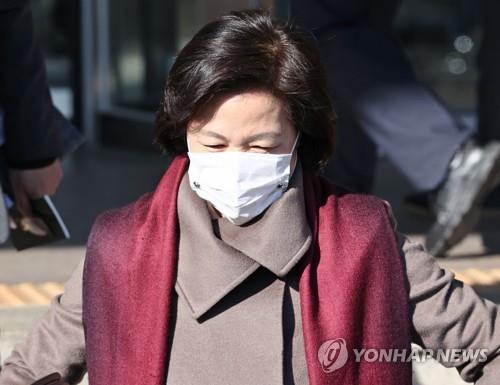 The administrative court on Tuesday accepted Yoon's preliminary injunction request over Choo's move, saying suspending the chief prosecutor from duty is tantamount to dismissing him and that it damages the prosecution's core principles of neutrality and independence.

The justice ministry is scheduled to hold a disciplinary meeting Thursday to mete out punishment to the top prosecutor, but Yoon is also taking that case to the court.