Suwon Samsung Bluewings sneaked into the round of 16 at the Asian Football Confederation (AFC) Champions League, thanks to their 2-0 victory over Vissel Kobe in Group G on Friday night.

Kim Gun-hee and Lim Sang-hyub each scored for Suwon at Khalifa International Stadium in Doha, where the K League 1 club had to win by at least two goals to advance to the knockout stage. 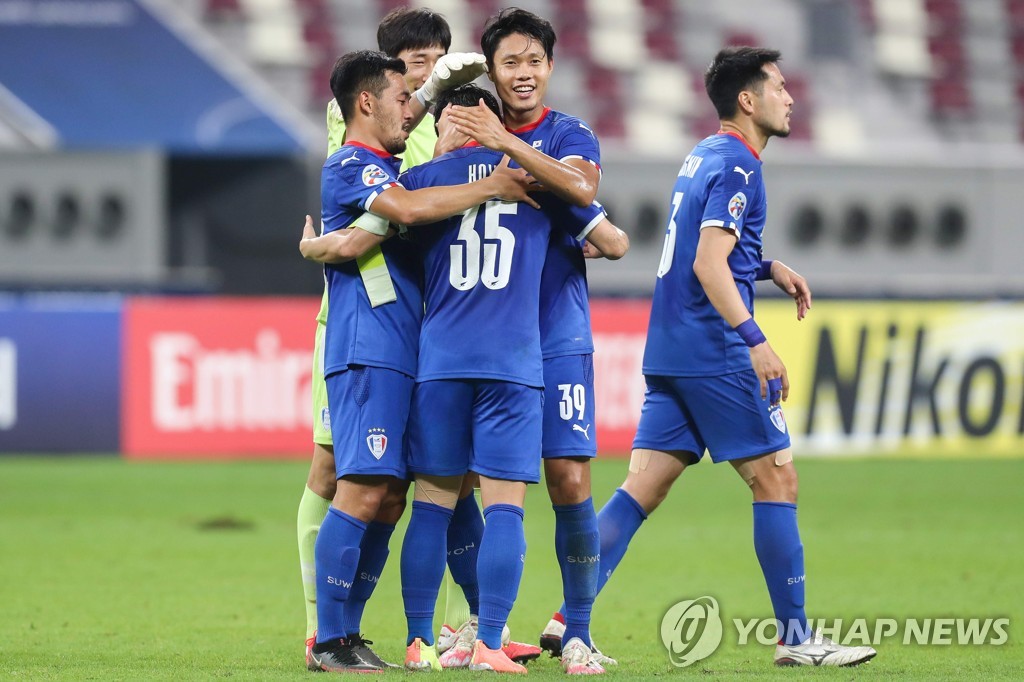 Vissel Kobe had already secured the top seed in Group G prior to this match. Guangzhou Evergrande had finished their group play at five points, and Suwon entered Friday sitting at two points. A win would also get them to five points, but since Guanghzhou had the advantage in goal difference, zero to Suwon's minus-1, Suwon had to erase that with a two-goal victory.

Suwon and Vissel Kobe were scoreless in the first half, but Kim jolted life back into Suwon with a goal five minutes into the second half. Lim gave his team the second goal that they needed in the 68th minute, and they held on to win by that same score. 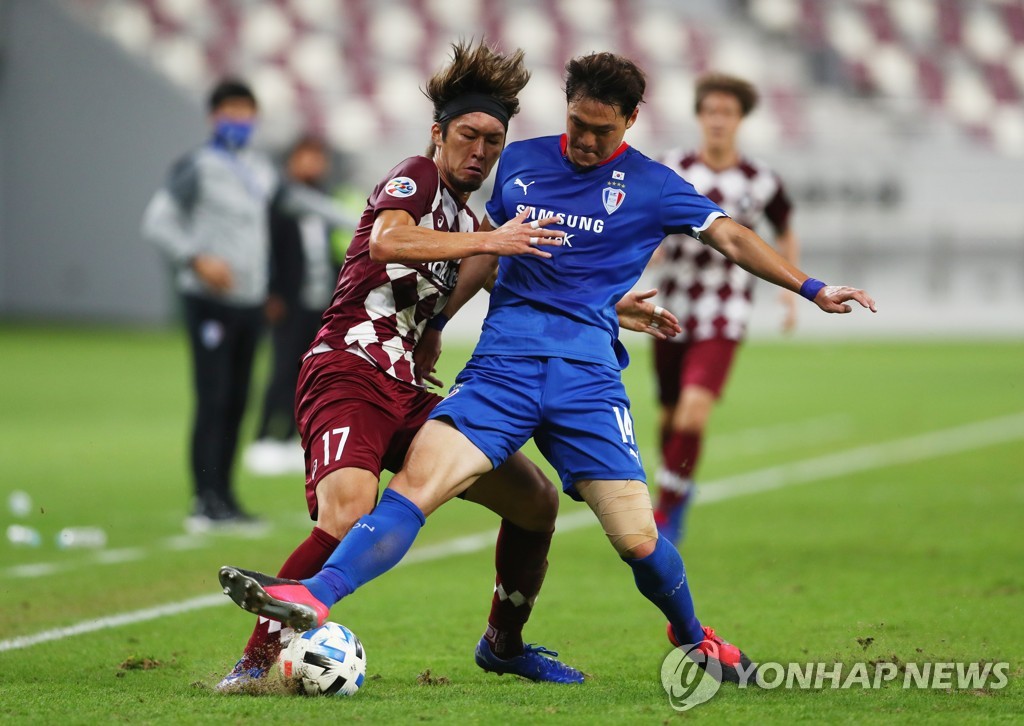 Suwon are one of two K League 1 clubs in the knockouts. In the round of 16, they'll take on Yokohama F. Marinos on Monday. The kickoff at Khalifa International Stadium is 5 p.m. (local time), or 11 p.m. in South Korea.

Ulsan Hyundai FC, the other South Korean side, will face Melbourne Victory at Education City Stadium in Al Rayyan on Sunday. It's also a 5 p.m. start (local time).

The last South Korean champions of the Asian tournament were Jeonbuk Hyundai Motors in 2016. No K League club has even reached the final since.

The tournament kicked off in February but ground to a halt in early March because of the coronavirus outbreak. For teams in the East Zone -- covering South Korea, Australia, China and Japan, among others -- the group stage resumed in November, with all matches being played in Qatar. And Qatar will host all the remaining knockout matches, plus the championship final on Dec. 19. 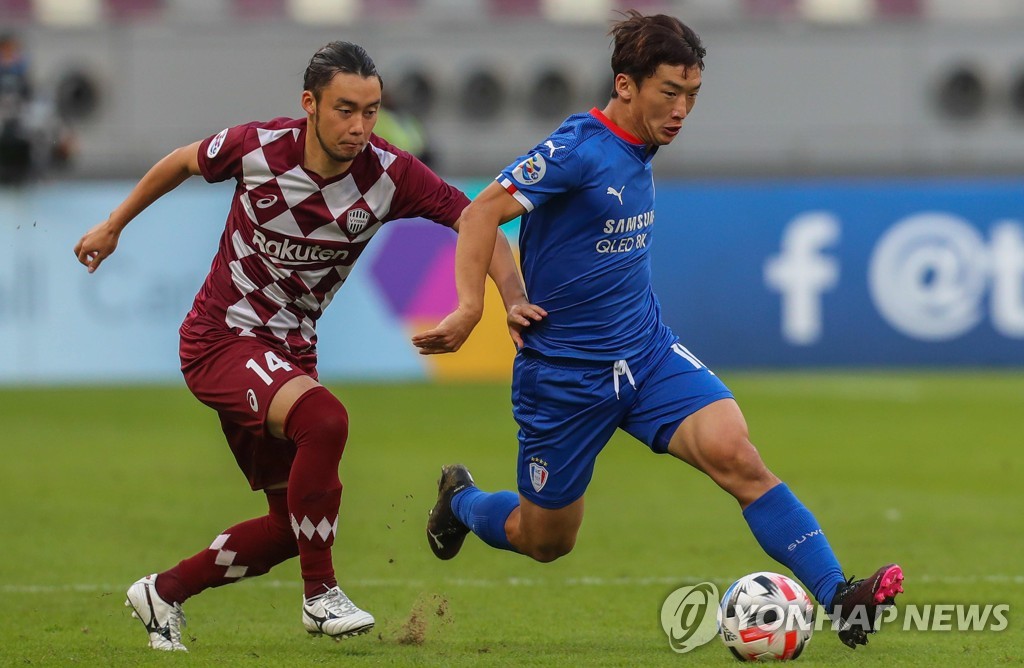