SEOUL, Dec. 5 (Yonhap) -- South Korea will host a meeting of an international organization for railway cooperation across Europe and Asia next year, the Ministry of Land, Infrastructure and Transport said Saturday.

The 49th annual ministers' meeting of the Organization for Cooperation of Railways (OSJD) will be held in the country from June 15-18, 2021, according to the ministry.

South Korea joined the group as the 29th member in 2018. Other members include Russia, China, Mongolia and North Korea.

The top-level conference of the OSJD is expected to draw 200 people, including transport ministers and industry officials.

Seoul will seek to enhance ties with member countries during the meeting and advance cooperation for railway links from Northeast Asia to Europe, the ministry said. 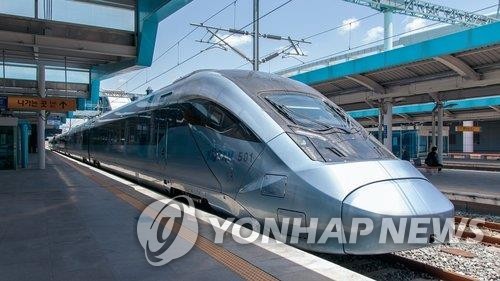 Seoul to host conference on Eurasia railway cooperation next year

Seoul to host conference on Eurasia railway cooperation next year