SEOUL, Dec. 6 (Yonhap) -- The Seoul metropolitan government said Sunday that a traditional bell-ringing ceremony at midnight on New Year's Eve will be canceled amid a recent surge in novel coronavirus infections.

"Considering the rapid spread of COVID-19, we have to cancel the year-end bell-ringing ceremony," said an official from the municipal government of the capital city.

It is the first time in 67 years that the annual year-end celebration held at Bosingak Pavilion in central Seoul on the last day of the year is called off since its first launch in 1953.

Instead, the city government plans to hold the ceremony online, airing a pre-recorded bell-ringing video at the last minute of the year to help those in Seoul feel the festivity of the year-end countdown.

The city government is also mapping up measures to deal with thousands of people who might gather around the city center on New Year's Eve to bid farewell to the old year, the official said.

South Korea has been struggling to slow down the upbeat pace of more than 500 daily new coronavirus cases centered in the populated greater Seoul area encompassing Seoul, Incheon and Gyeonggi Province. 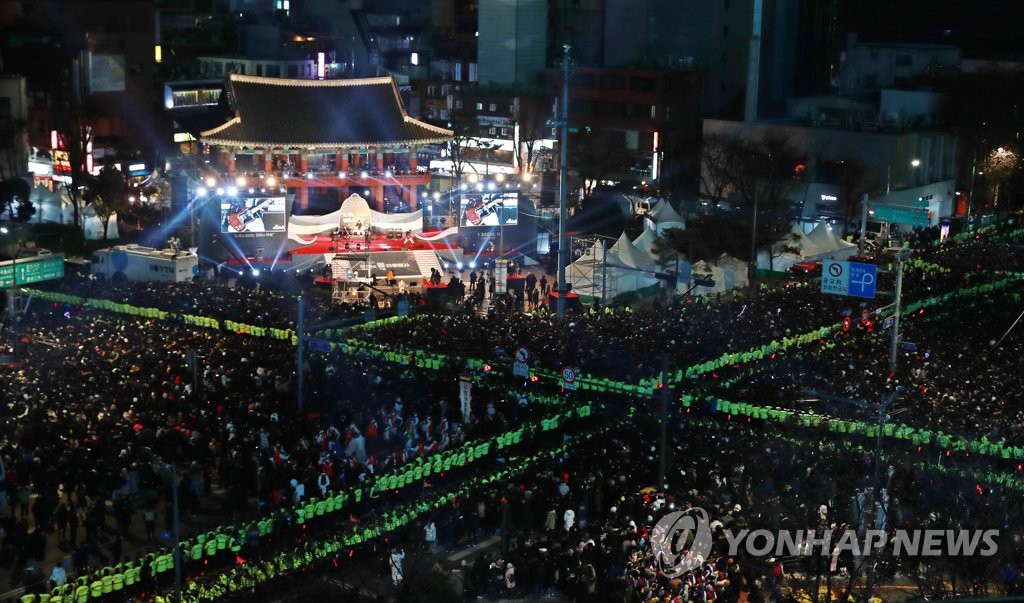