The seven-piece group took home all four of the grand prizes -- Artist of the Year, Song of the Year, Album of the Year and Worldwide Icon of the Year -- at the annual music ceremony that was held virtually amid the new coronavirus pandemic.

BTS also picked up Best Male Group, as well as Best Music Video and Best Dance Performance - Male Group for its upbeat disco-pop hit "Dynamite," which was the first song by a Korean pop music act to debut at No. 1 on Billboard's main singles chart.

BTS performed three of its hit songs for the show. It kicked off its gig with a pre-recorded shoot at the Seoul World Cup Stadium where the members clad in white, cadet-like uniforms performed "ON." They then went on to perform the Billboard-topping hit "Dynamite," with the performance ending with virtual fireworks and purple-lit letters that read "Light On." BTS wrapped up its gig with "Life Goes On," the main track for its latest album "BE." The sweeping win marks another feat for BTS, which has had one of the best years in its seven-year career this year, scoring record No. 1s on Billboard, winning prizes at major U.S. music awards and getting a Grammy nomination -- the first for a pop music act from South Korea -- for the ceremony slated for January.

"Somehow one year has passed. I feel that we have passionately lived this year, but it went by so quickly that I cannot remember well, and I don't know what to make of it," Jimin said after the group won Artist of the Year, recalling the chaos that has hit the world this year. "But despite it, we endured it and defended it. Like we spent this year, we'll be here next year striving forward with you." 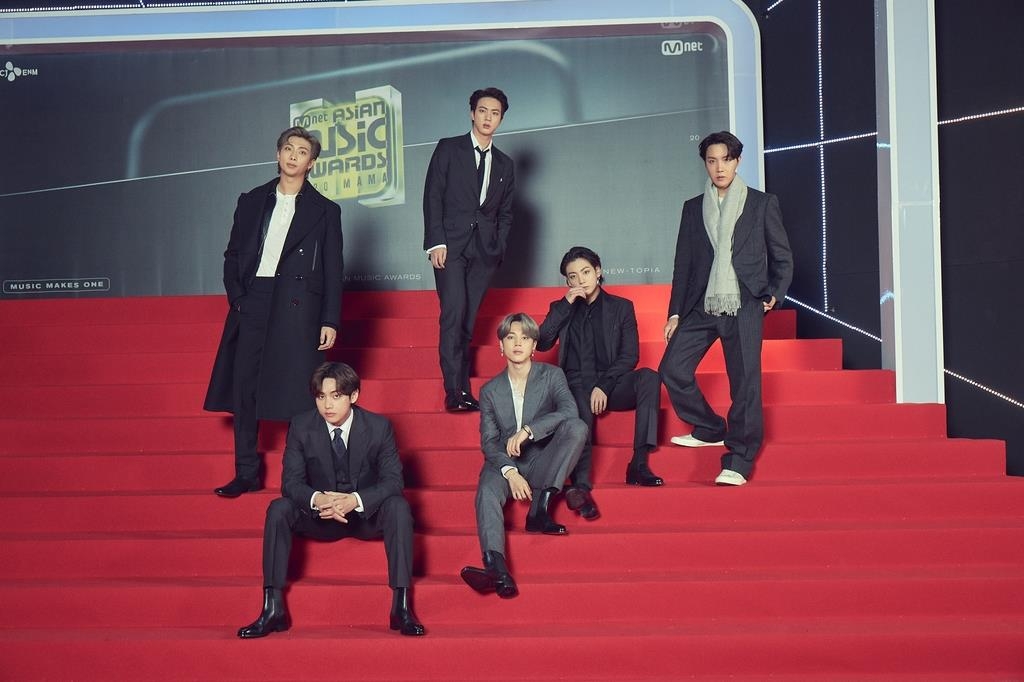 "I wonder if the world is really wide. Of course the world is wide, but in the territory of music and love, the world is not wide. It's really small actually," RM, who appeared onstage wearing a face mask, said after the group received Worldwide Icon of the Year. He went on to thank ARMY, the group's strong fan base around the world, for their unwavering support and love.

Jungkook also thanked fans for being a source of inspiration that has led the team -- that was "once only full of passion, vigor and grit" -- to become musicians that can share their fans' support and love through their songs with more people.

BTS also hinted on an upcoming music video next year.

"We wrapped up this year with 'Life Goes On,' but we are going to bring an incredible music video next year, so please look forward to it. We'll be the BTS that only brings love to ARMY," V said.

While Suga, the group's member who is taking a short break following a shoulder surgery, did not appear onstage, BTS called him over the phone so that he could deliver a thank you message to fans for the Album of the Year win. 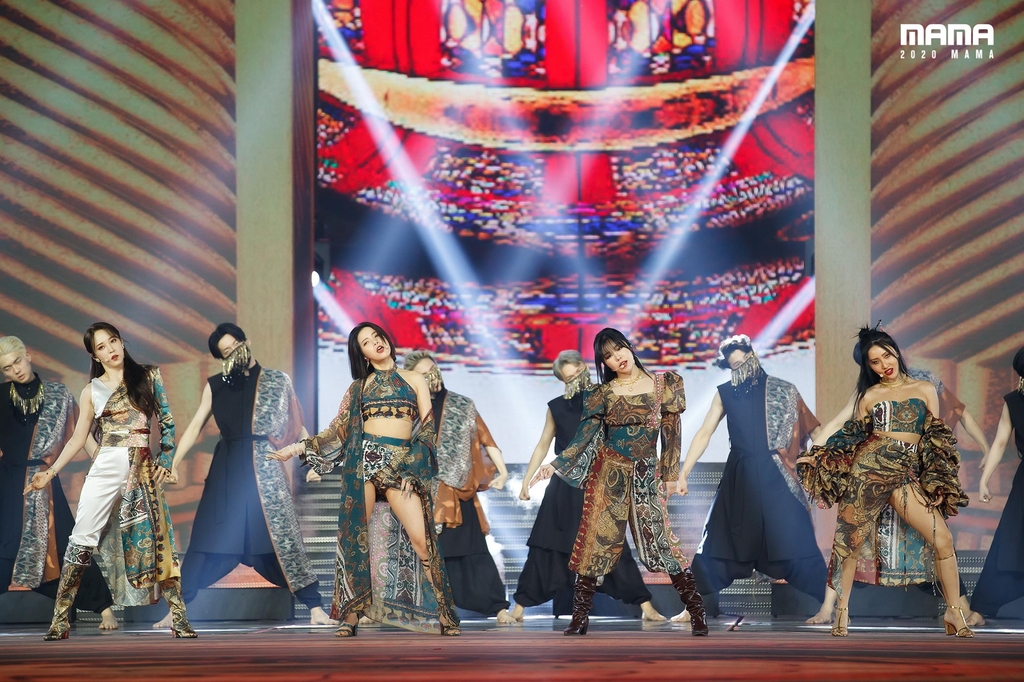 Girl group BLACKPINK won Best Female Group and Best Dance Performance - Female Group for its megahit "How You Like That," while Baekhyun took the prize for Best Male Artist.

The Worldwide Fans' Awards were given to the 10 most popular acts based on official voting, social media voting and music video views. The winners were NCT, Treasure, Tomorrow X Together, GOT7, ATEEZ, Seventeen, Mamamoo, TWICE, BTS and BLACKPINK.

K-pop songstress BoA, who received a special prize for her 20-year contribution to the K-pop industry, held a special performance with hit songs like "No. 1" and "Only One." 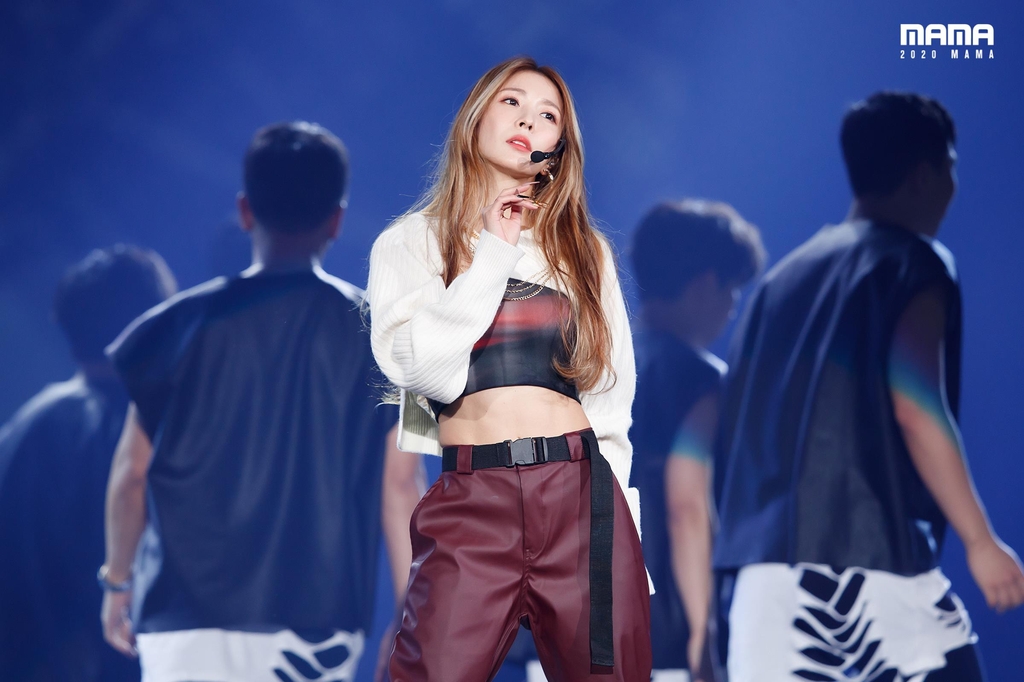 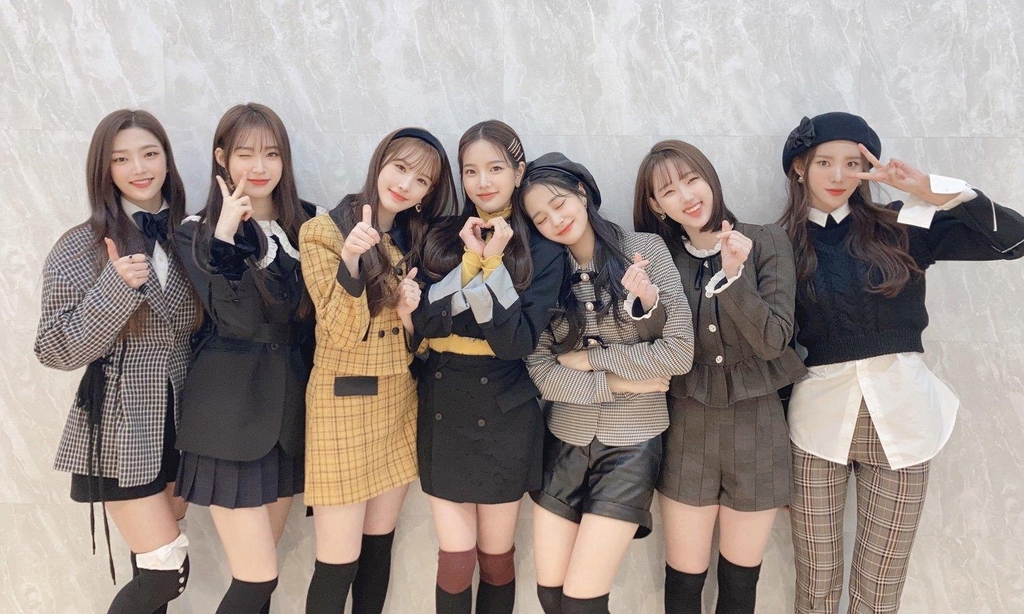 Launched in 1999 under the name Mnet Km Music Festival, the event was renamed MAMA in 2009 as the show expanded its outreach throughout Asia. Since then, it has mostly been held as multiday events at venues across Asia, such as Singapore, Hong Kong and Japan.

This year, however, the awards were held as a single-day event in South Korea, as COVID-19 hampered performance schedules and flights. Most musicians who appeared onstage for acceptance speeches wore face masks, and staff members were seen disinfecting the main stage after each guest.

While fans could not attend the usually extravagant event, screens mirroring faces of audience members tuning in from around the world were shown in the televised awards ceremony.

"MAMA has grown throughout the years while constantly innovating itself. We believe this year's contactless event will also provide a new opportunity to transform the show," a CJ ENM representative said in September as the company announced the plan to hold it virtually.