SEOUL, Dec. 7 (Yonhap) -- South Korea's imports of Japanese beer spiked in October from a year earlier due to stepped-up marketing activities amid a weaker local boycott of goods from the neighboring country, data showed Monday.

Seoul brought in US$370,000 worth of Japanese beer in October, up a whopping 873.7 percent from the same month last year when the boycott was in full swing, according to the data from the Korea Customs Service and the liquor industry.

An industry source said importers, convenience stores and large discounters have been ramping up promotions as the boycott of Japanese consumer goods shows signs of losing momentum.

In July last year, South Koreans launched the boycott in protest of Japan's export restrictions of some key industrial materials to South Korea. Tokyo made the move as the top court in South Korea ordered Japanese firms to compensate Korean victims of Japan's wartime forced labor in 2018.

Yet, the October tally was far lower than pre-boycott levels. Imports of Japanese beer came to $7.73 million in October 2018. 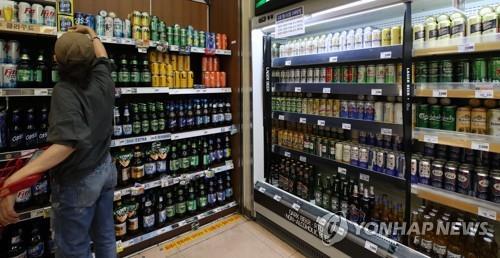