The Level 2.5 distancing, the second highest in the country's five-tier COVID-19 antivirus alert system, will be applied to the nation's capital area -- which covers Seoul, the surrounding Gyeonggi Province and the western port city of Incheon -- for the next three weeks starting at midnight, according to the Korea Disease Control and Prevention Agency (KDCA).

The tightened measure will close down some 130,000 virus infection-prone facilities and limit business hours of another 460,000 places in the area, home to half of the country's population, the KDCA said. 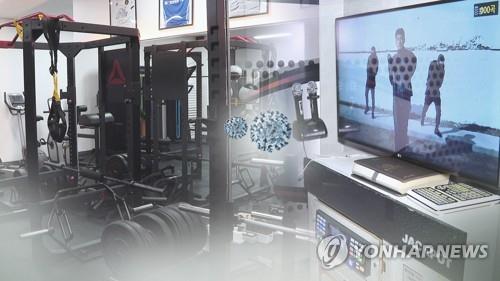 All gatherings of 50 or more people are banned, even at wedding halls and funeral halls, with authorities urging the public to refrain from having year-end gatherings and activities for the ensuing weeks and join the nationwide campaign to curb the virus spread.

Gyms and karaoke rooms, which were previously allowed to operate until 9 p.m., will be closed down, and no spectators will be allowed into sporting events.

Also, door-to-door sales businesses and indoor concert venues that offer standing shows will be forced to close, in addition to nightclubs and bars that allow dancing.

Also, religious services are only to be held online or by broadcast. In-person religious activities, if needed, are permitted with 20 or fewer participants.

Stricter attendance limits will be put in place at schools, and all cram schools will be closed down.

The enhancement came as South Korea is facing one of its worst resurgences to a near nine-month high in daily infection rates since the first case outbreak in March.

On Monday, the country reported 615 daily new coronavirus cases, surpassing the 600-mark for the second day in a row despite fewer tests usually being carried out during the weekend, according to the KDCA.