SEOUL, Dec. 7 (Yonhap) -- More than one out of four instructors at private institutes lost their jobs during the course of the new coronavirus pandemic, predominantly without unemployment benefits, a survey showed Monday.

In an online survey on the effect of COVID-19 on 500 instructors released by Gabjil 119, a workers' advocacy group, 27 percent of the respondents said they experienced unemployment in the past 10 months since the virus outbreak.

Commissioned by Gabjil 119, the survey was conducted from Nov. 20-24 on 500 private institute instructors by pollster Embrain Public.

The figure was some 1.8 times higher than the average rate among all salaried workers, which stood at 15.1 percent in a similar survey conducted by the group in September.

Among the reasons for unemployment, involuntary layoff and cancellations or closure of courses each accounted for 25.2 percent, followed by recommended job terminations with 20 percent.

Of those laid off, only 4 percent said they have received unemployment allowance, with 55.4 percent of them unregistered with the state employment insurance program, according to the survey. 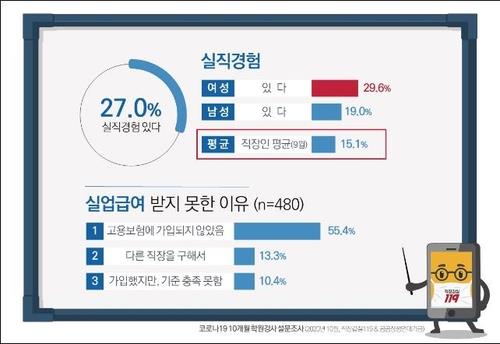 Meanwhile, 78.8 percent of the teachers had to take time off from work due to COVID-19. Of them, only 31.2 percent said they received state leave benefits.

Thirty-one percent said they could not get benefits because they work at workplaces with fewer than five employees, while 26.6 percent said they were told by their employers that instructors were not eligible for the program. Of the respondents, 25.5 percent said it was the employers' unilateral decision.

The survey also showed that 54.2 percent of the teachers saw a decrease in their income amid the pandemic. The rate was 1.6 times higher than the 34 percent average among all workers.

Gabjil 119 explained that private institute instructors are among one of the most affected categories of workers from the coronavirus pandemic but were being essentially "neglected in the blind spot of the government's job security program," with most of them uncovered by the state unemployment insurance program. 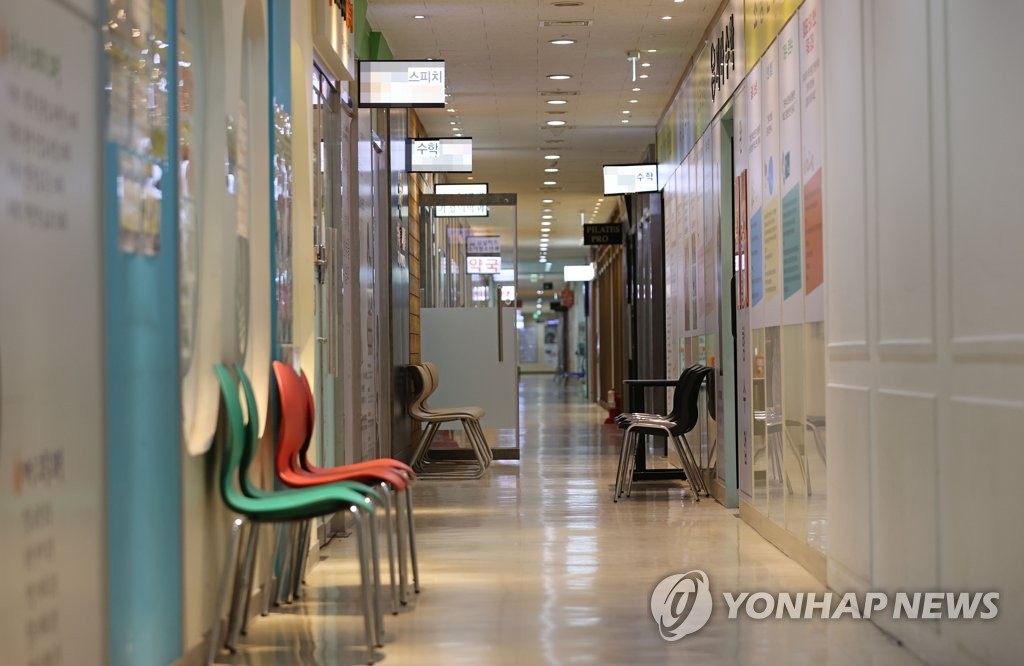