The new chip is the third generation of its 4D product that highlights the industry's best number of chips per wafer, according to SK hynix.

PUC is a technology that relocates peripheral circuits under the cell array. CTF stores electric charges in insulators, which eliminates interference between cells and reduces cell area per unit compared to floating gate technology.

"This allows the bit productivity to be improved by 35 percent compared to the previous generation with the differentiated cost competitiveness," the company said. 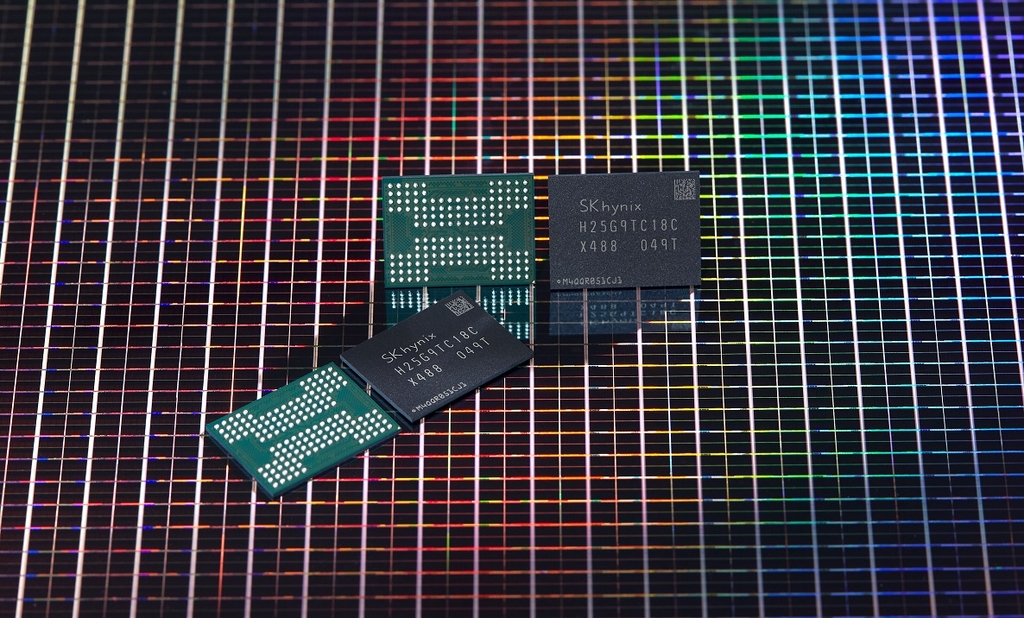 Its new 176-layer NAND flash adopts 2-division cell array selection technology, increasing the read speed of cells by 20 percent over the previous generation, while its data transfer speed has been improved by 33 percent to 1.6Gbps, according to SK hynix.

The chipmaker said it first plans to release mobile solution products that have improved maximum read speed by 70 percent and maximum write speed by 35 percent in the middle of next year before it launches consumer and enterprise solid state drives (SSDs).

SK hynix said it wants to further boost its competitiveness in the NAND flash market by developing 1 Terabit (Tb) products with doubled density based on 176-layer 4D NAND.

SK hynix was the world's fourth-largest NAND flash supplier with a 11.3 percent market share in the third quarter, according to market researcher TrendForce. It recently inked a deal to acquire Intel Corp.'s NAND business for US$9 billion.