SEOUL, Dec. 7 (Yonhap) -- South Korea's movie theaters have been opening their doors to television series as part of efforts to survive the protracted novel coronavirus pandemic.

CGV, a multiplex chain run by entertainment giant CJ Group, will start screening the fantasy romance "Breakup Suspension" on Wednesday before the series hits the small screen later this month.

"Breakup Suspension," starring Yuri of K-pop girl band Girls' Generation and Hyun Woo, is a story about a woman who has to leave her fiance within a week to save his life.

CGV will show a 147-minute theatrical version of the drama, slightly condensed in addition to no commercials, while broadcaster SBS will release the 10-episode series of 30 minutes each on its cable channel and video streaming platform.

According to CGV, it is the first time that a local cinema shows a full version of a Korean TV drama, while some selected episodes have been shown at theaters in the past.

The broadcasting of television shows at theaters is part of South Korean multiplexes' efforts to tackle the falling number of moviegoers and a lack of new film releases stemming from monthslong coronavirus disruptions.

CGV livestreamed a "League of Legends" (LoL) tournament in May at its 24 theaters and screened famous pop concerts, including the 2018 New York concert by American singer-songwriter Josh Groban and the live Metallica concert collaborating with the San Francisco Symphony in 2019.

Megabox has also carried out a "Classic Society" program to broadcast a number of classical music concerts performed by renowned orchestras, including operas "Rigoletto" by Giuseppe Verdi, "Madam Butterfly" by Giacomo Puccini and "Fidelio" by Ludwig Beethoven.

The number of moviegoers in South Korea plunged 71.6 percent on-year to 58.1 million for the first 11 months of 2020 from 204.2 million over the same period last year. 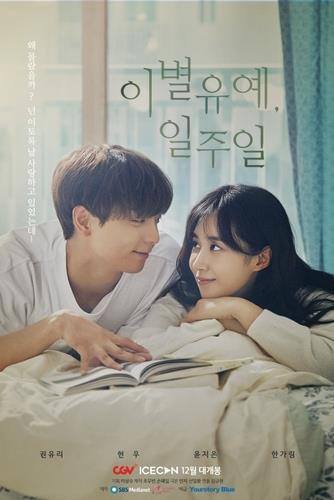