He called for measures to enhance the capabilities of tracking and tracing coronavirus-related contacts in response to continued surges in infections especially in and around Seoul, according to Chung Man-ho, senior presidential secretary for public communication.

Health authorities here have been suffering increased difficulties recently in tracing the source of virus spread, as the number of new daily confirmed cases across South Korea has exceeded 600.

Moon ordered preparations to enable all available resources, including civil servants and military and police manpower, to begin an on-site virus tracing work within this week. 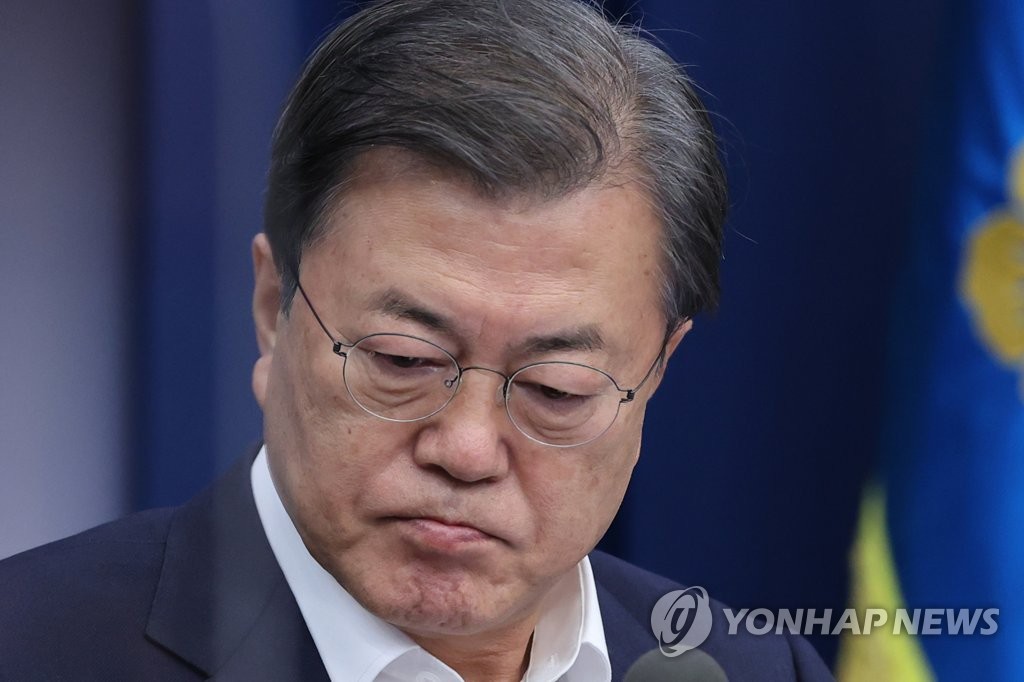 He also stressed the need to expand the operation of coronavirus testing sites even at nighttime and on holidays and establish large-scale "drive-through" testing facilities, Chung said.

The president then issued an instruction to "push actively for the use of rapid antigen tests" to be able to quickly confirm the results of virus testing, the secretary added.

The test is known to be able to tell in about 15 minutes whether someone is infected, with more than 90 percent accuracy, while it takes several hours to have the outcome of polymerase chain reaction (PRC) tests.

Moon asked the public to take virus tests immediately in case an infection is suspected although they have no symptoms.

Speaking at a weekly meeting with senior Cheong Wa Dae aides later in the day, he stated, "We've overcome the crisis of the spreading coronavirus several times, but it's a more serious situation than ever."

He cited "invisible" transmissions of the virus, warning against an "uncontrollable nationwide pandemic" in case of a failure to contain the spread in the current phase.

He appealed to the public to join forces to fight against the virus in the year-end season by refraining from meeting people and visiting places for the time being.

The government earlier announced a decision to impose heightened social distancing rules for Seoul and nearby areas, effective at the start of Tuesday.

Meanwhile, Cheong Wa Dae spokesman Kang Min-seok is in self-quarantine at home, as an infection has been confirmed at an education facility where one of his acquaintances, whom he met of late, studies, a Cheong Wa Dae official told reporters separately. 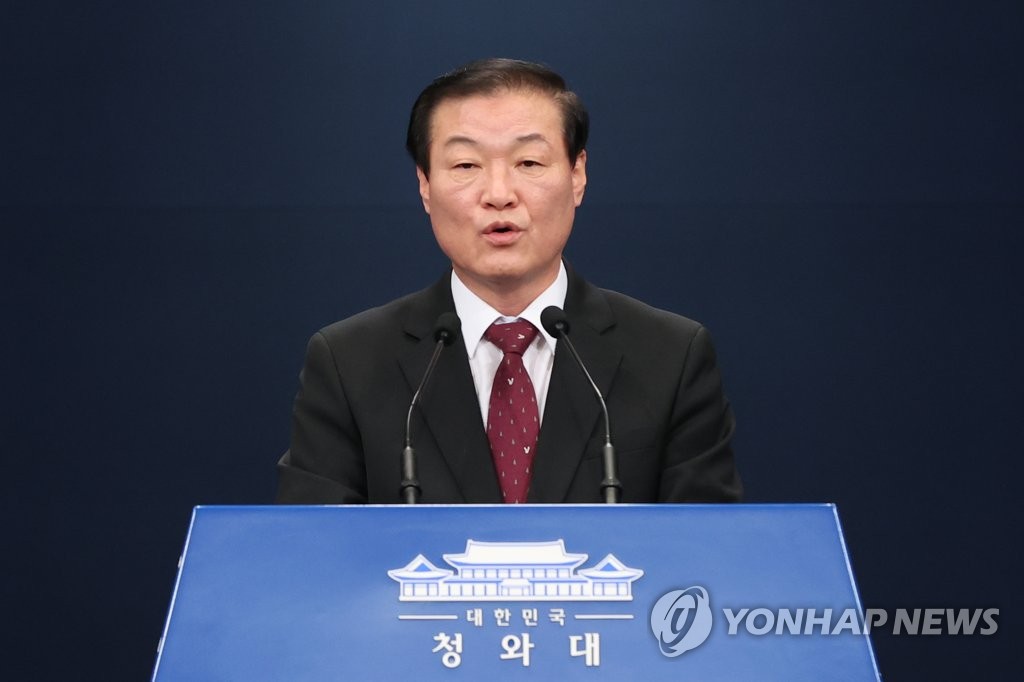