SEOUL, Dec. 7 (Yonhap) -- The military will maintain a toughened social distancing scheme until the end of the year, banning troops from vacationing and taking off-installation trips, the defense ministry said Monday, as South Korea struggles to stem the spread of the new coronavirus.

The military began enforcing Level 2.5 social distancing guidance late last month following a series of cluster COVID-19 infections at barracks across the country. The greater Seoul was placed under Level 2 distancing rules at that time.

The military's Level 2.5 scheme -- the second highest among its five-tier antivirus alert system -- was originally slated to remain in place for two weeks, but the military decided to extend it until Dec. 28, officials said.

The announcement came a day after the government said the Level 2.5 distancing scheme will be enforced for the greater Seoul area for the next three weeks starting Tuesday as the recent spike in infections showed no signs of letting up.

On Monday, the defense ministry said three Army officers, four enlisted soldiers and two airmen have tested positive for the new virus, raising the total caseload reported among the military population to 427.

Two enlistees and an officer in Incheon, west of Seoul, tested positive after their colleague was confirmed to have contracted the virus.

Two airmen in Gangneung, 230 kilometers east of the capital, also tested positive after coming into contact with their colleague who was confirmed infected after returning from vacation.

An officer and an enlistee in the border counties of Yeoncheon and Cheorwon, respectively, tested positive after mass infections were reported at their bases.

Another officer and enlistee were diagnosed with COVID-19 while away from their units before discharge, the ministry said. 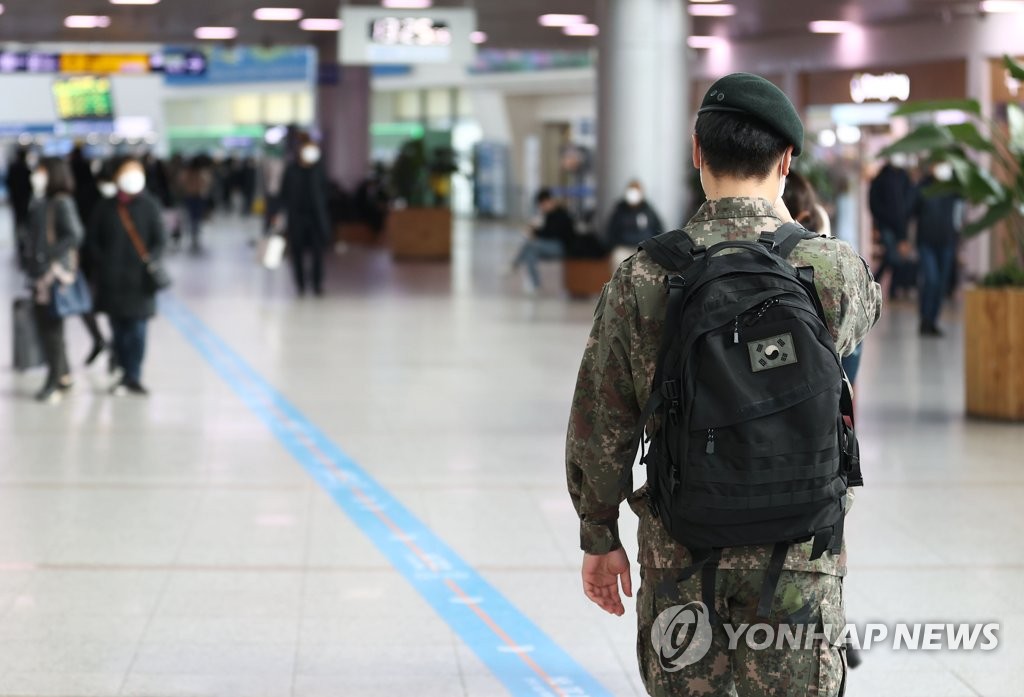