SEOUL, Dec. 7 (Yonhap) -- South Korea and the Netherlands agreed to expedite efforts to discover and identify Dutch troops who went missing during the 1950-53 Korean War, the defense ministry said Monday.

Defense Minister Suh Wook and the Dutch Ambassador to South Korea Joanne Doornewaard signed a memorandum of understanding (MOU) that calls on Seoul to establish a system designed to excavate the remains of service personnel missing in action and identify them in a swifter manner, according to the ministry.

The Netherlands also vowed to provide DNA and other related information to South Korea required for the work, according to the agreement.

The European nation sent a total of 5,322 service members back to South Korea between November 1950 and December 1954. Of them, five still remain missing.

"We will make utmost efforts to find fallen heroes and return them home as soon as possible," Minister Suh said. "We will never forget their sacrifice and commitment, and push for diverse projects, including the war remains excavation, to remember and repay their service."

During the three-year war, a total of 16 countries, including the Netherlands, sent troops, and five nations extended medical support to South Korea. Of around 2 million international service members, 600 people remain missing, according to government data. 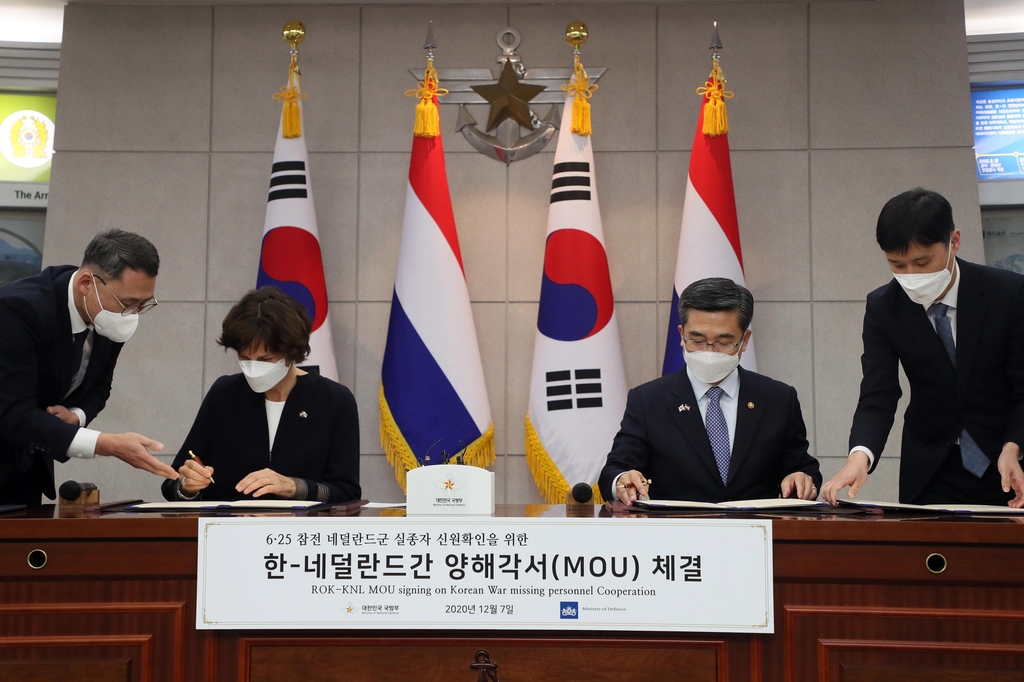