SEOUL, Dec. 7 (Yonhap) -- Japan has provided South Korea with insufficient information so far about its plan to release radioactive water into the sea from the wrecked Fukushima nuclear power plant, a foreign ministry official said Monday.

Tokyo appears close to announcing the plan to gradually release into the Pacific Ocean more than 1.2 million tons of radioactive water stored in tanks since the 2011 meltdowns following an earthquake and tsunami.

"Basically, the information Japan has been providing us with so far is too little to judge that their plan is safe," a foreign ministry official said on the condition of anonymity.

The ministry has been asking Japan to share as much related data and information as possible, specifically related to details on exactly what chemical material will be disposed of and how, and also ways to verify the process, the official said.

"We've been asking them very specific and scientific questions and Tokyo has been responding within their possible extent," he said.

The official rejected Tokyo's view that deciding the disposal method is subject to its sovereignty that other countries cannot intervene in, saying Korea is making a legitimate request on safety concerns based on international law.

"This is not something that we're asking Japan to do in good faith. We're making a reasonable request based on international law in accordance with the U.N. Convention on the Law of the Sea so that we can determine whether it is safe," the official said.

A senior Japanese embassy official in Seoul said last month that Tokyo is willing to work with Seoul and disclose all information on the monitoring of the envisioned treatment and release of the contaminated water. 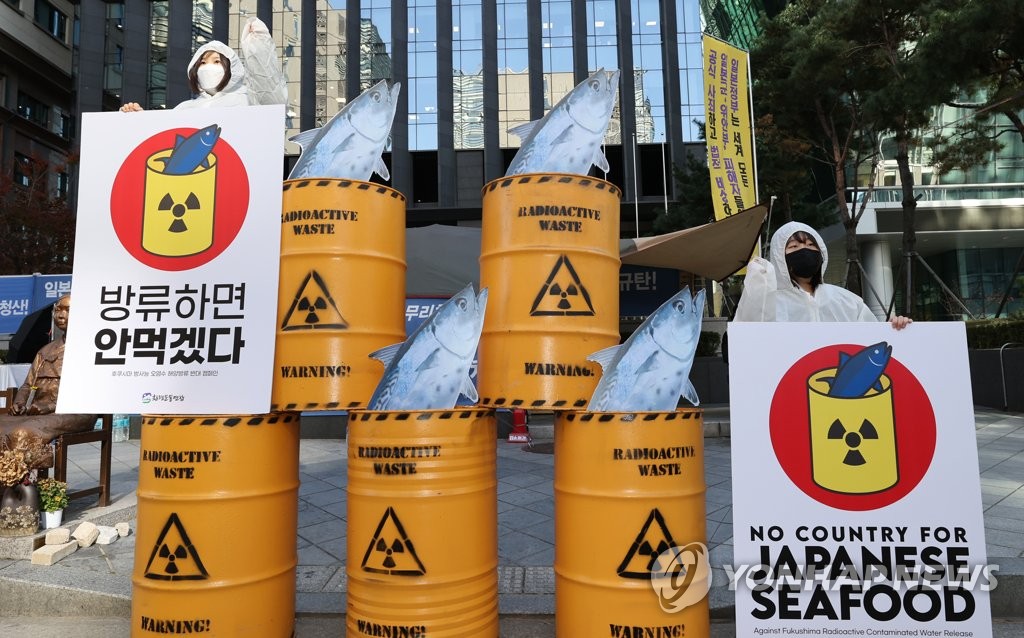