SEOUL, Dec. 7 (Yonhap) -- Hundreds of Go stones and jewel beetle ornaments were some of the unusual relics found alongside a guilt-bronze crown and gold accessories at an ancient tomb presumed to belong to a woman from a royal family in the Silla era, cultural heritage authorities said Monday.

The relics were found at an ancient tomb -- Tomb No. 44 -- in Jjoksaem in the southern city of Gyeongju last month, where the Gyeongju National Research Institute of Cultural Heritage (GNRICH) has been running an excavation project since 2014, according to institute officials and the Cultural Heritage Administration.

Gyeongju, 371 kilometers southeast of Seoul, is known as the capital of the ancient kingdom of Silla (57 BC - 935 AD), which existed alongside Baekje and Goguryeo during the Three Kingdoms era. 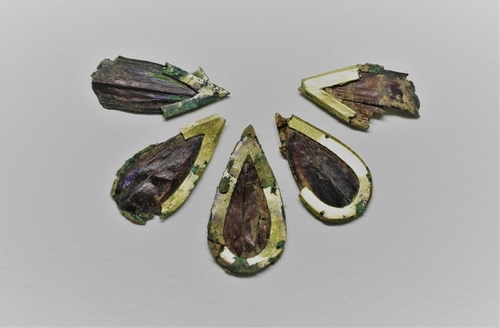 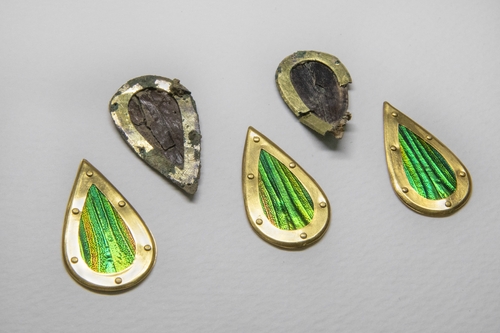 The unearthed relics, including those worn by the tomb's owner, were a gilt-bronze crown, a pair of gold pendants and earrings, a chest ornament as well as various gold and silver jewelry. Also among the findings were 50 pieces of mica, a mineral that was believed to be an ingredient for youth and longevity in Taoism.

Some interesting excavations included gilt-bronzed ornaments decorated with golden-edge jewel beetles and 200 pieces of black, gray and white Go stones. A knife with a silver decoration was also found.

Based on the accessories and the knife with the silver decoration, which was mostly carried by women in the era, authorities presumed that the tomb was built in the late fifth century, with the owner of the tomb being a female who was roughly 150 cm tall.

They also suggested that the woman was a member of the royal family considering that the iridescent jewel beetle ornaments "had been discovered only from tombs of the highest ranks in Silla, such as the south tomb of Hwangnamdaechong, Geomgwanchong and Tomb No. 14 in Gyerim-ro."

Researchers who took part in the excavation added that the woman may have been a minor.

"There is a possibility that the (tomb's owner) is an underaged person as the size of the accessories are overall smaller than those found at other ancient tombs," said Sim Hyeon-cheol, a researcher at GNRICH.

Sim, however, added that it's difficult to find out the tomb owner's exact age as there are no remaining human bones that could help provide evidence. 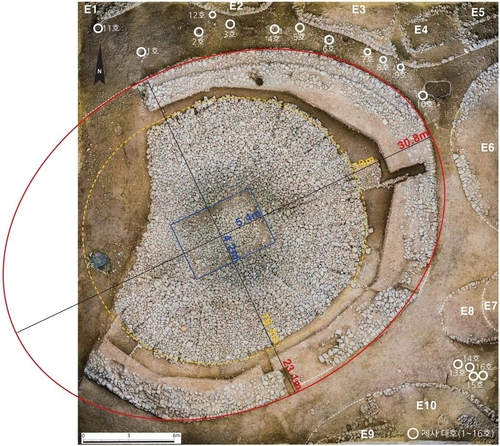 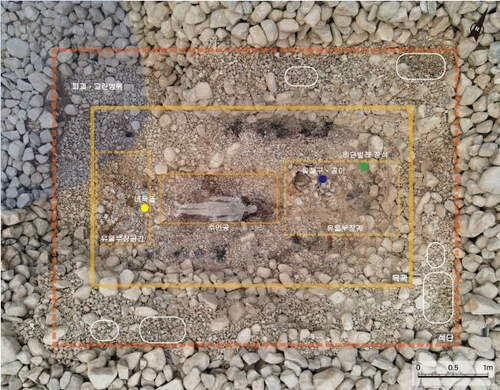 The stones for playing the game of Go, which is known as "baduk" in Korea, are another notable discovery, according to cultural heritage authorities.

"In the past, baduk stones of the Silla era were unearthed in tombs of the highest class, such as 243 pieces from the south tomb of Hwangnamdaechong, 350 pieces from Cheonmachong, 200 pieces from Geomgwanchong and 2 pieces from Seobongchong," it said.

What makes the latest excavation interesting is that while baduk is believed to have been played in the Silla era, the owners of most tombs where baduk stones were excavated were all assumed to be male. This has led to the notion that Go was exclusively played among men.

However, with the owner of the tomb presumed to be a woman from the royal family, authorities said this is expected to "give new interpretation and meaning to baduk culture."

"While it's not academically proved, we can assume that women could also have enjoyed playing baduk," Sim said.

GNRICH will elaborate on the details of the latest excavation on its YouTube channel at 4 p.m. 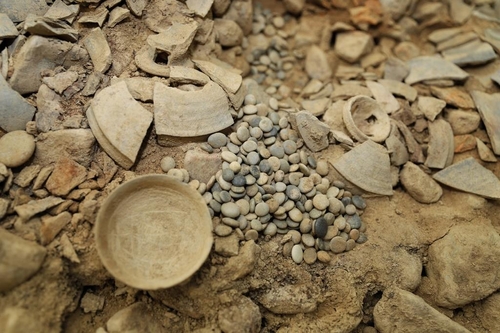 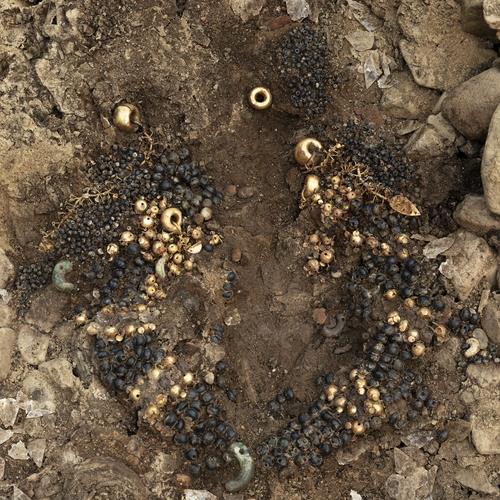