The DP is aiming to launch the Corruption Investigation Office for High-ranking Officials (CIO), a core campaign pledge by President Moon Jae-in, within this year.

"(Both parties agreed) to have dense consultation on recommending candidates for the CIO chief," PPP spokesman Rep. Choi Hyung-du said in a briefing on the Kim-Joo meeting.

A failure to strike a deal on the issue, however, is likely to create a firestorm of bipartisan tension, with the DP, powered by its command of a hefty parliamentary majority, planning to go it alone and pass a revision to the CIO law this week if an agreement is not made.

The DP is adamant that it will pass the envisioned revision through the parliamentary plenary session scheduled for Wednesday. If passed as planned, the revision is likely to strip the two PPP-side members of the CIO chief candidate recommendation committee of their combined power to veto the committee's decision. 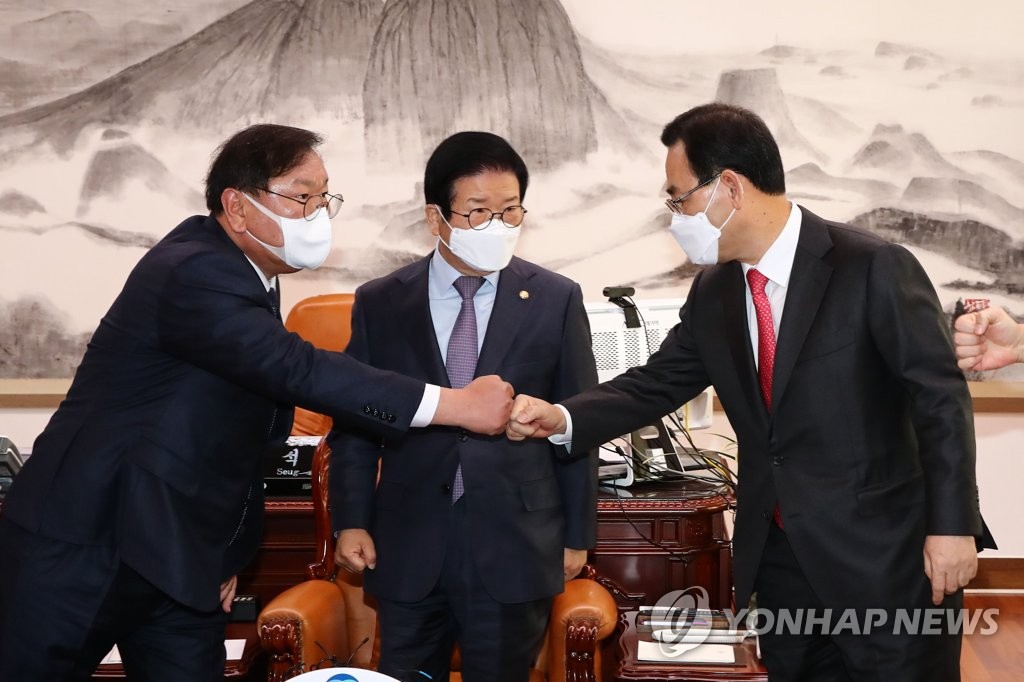