He expressed his wish that it would be the "last pang" in efforts for the democratic reform process.

The president was apparently responding to a conflict between Justice Minister Choo Mi-ae and Prosecutor General Yoon Seok-youl.

"I am very sorry as the president for the confusing political situation causing worries among the people when they need to unite their hearts for COVID-19 control and their livelihoods," he said in front of pool reporters and cameras at the outset of a weekly meeting with senior Cheong Wa Dae aides.

"If the problem is solved through a democratic procedure and process, democracy will be solidified." 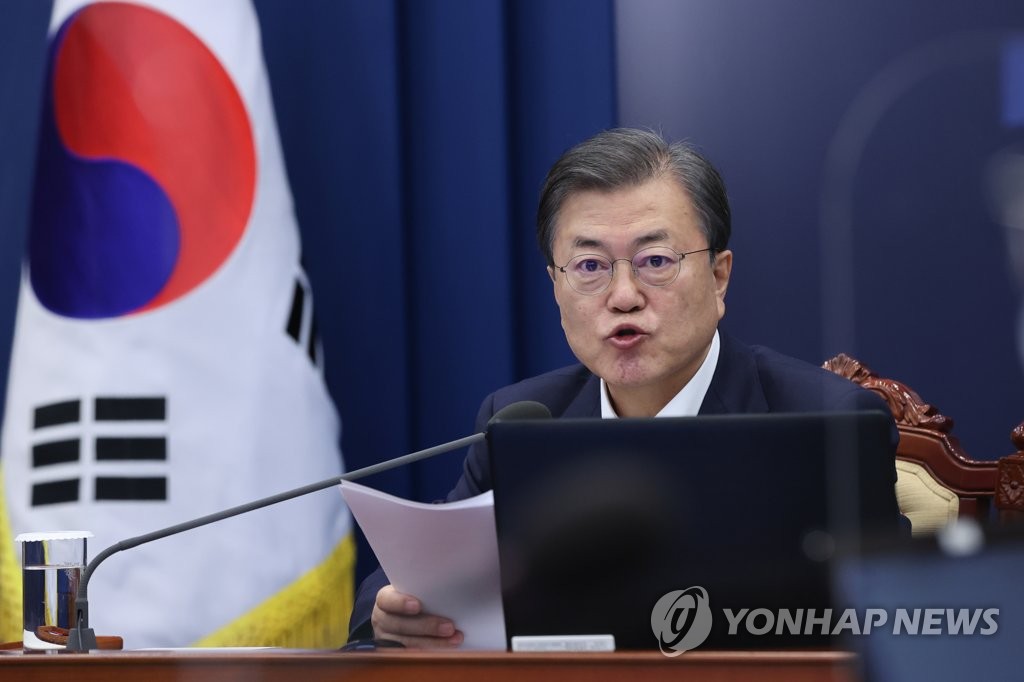 His remarks came as the ruling Democratic Party, which holds a majority of parliamentary seats, is poised to pass a set of bills to give more investigative authority to police and reform the National Intelligence Service.

The party said it would lay the ground for the launch of a non-prosecution agency, tasked with looking into corruption among high-level government officials, at any cost before the regular parliamentary session ends later this week.

Moon said South Korea is finally faced with a chance to bring about "systemic reform" of the nation's powerful institutions often accused of being politically swayed.

The country is moving toward a stage to resolve the "last task" that its democracy has not done for a long time, he added.

"Reform of powerful institutions is one of the biggest remaining tasks," he stressed.

Moon expressed hope that relevant reform bills will be passed and the Corruption Investigation Office for High-ranking Officials (CIO) will be established. This, if achieved, will open a new chapter in the country's democracy, he said.

The justice minister, meanwhile, is seeking to take a disciplinary measure against the top prosecutor, accusing him of committing multiple counts of misconducts, which include the illicit inspection of judges handling politically sensitive cases.

Yoon has denied the allegations, saying it was just part of routine work by a related prosecution team ahead of court trials.

In the eyes of Choo and many other ruling bloc officials, Yoon is openly protesting the prosecution reform campaign by abusing his power. For those who support Yoon, largely conservatives, he is a warrior at the front line of a war against the Moon government's unilateral move to tame the prosecution. 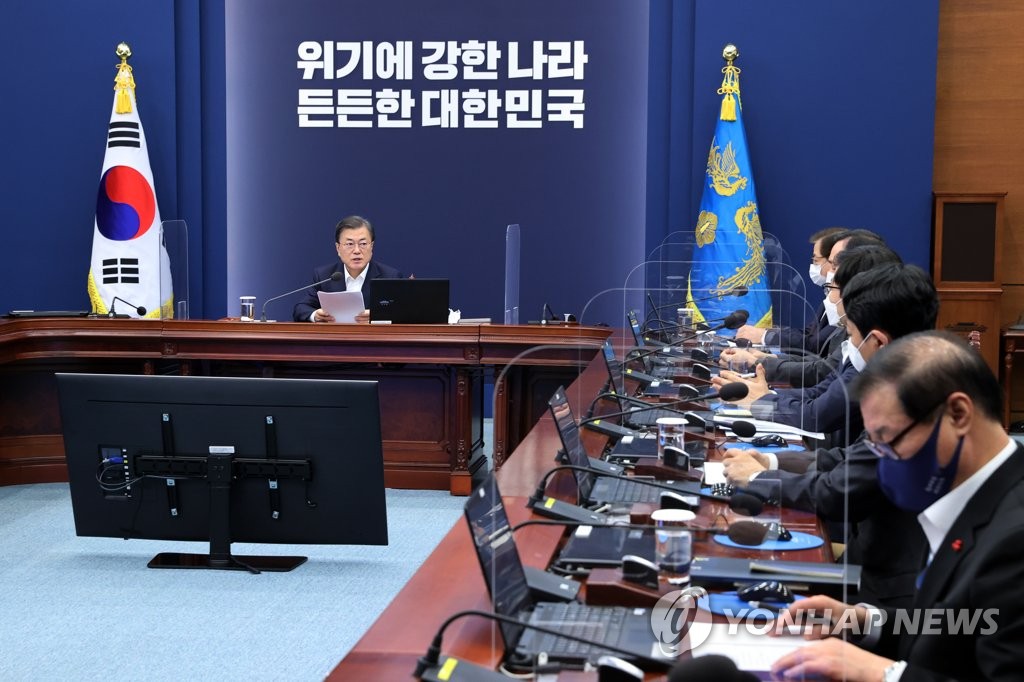