Samsung said it will unveil its new Micro LED TV product at a webinar Thursday. The world's largest TV producer has yet to reveal the product's specification and price, but industry insiders predict it will be a Micro LED TV for home entertainment use.

Han Jong-hee, head of the visual display business at Samsung, then said the company plans to launch home-accommodating micro LED TVs in the second half in markets that include the United States and Europe, adding it is getting close to mass-production of such TVs.

According to industry tracker Display Supply Chain Consultants (DSCC), worldwide revenue from Micro LED TVs is expected to grow sharply in upcoming years, rising from around US$25 million this year to around US$228 million by 2026. 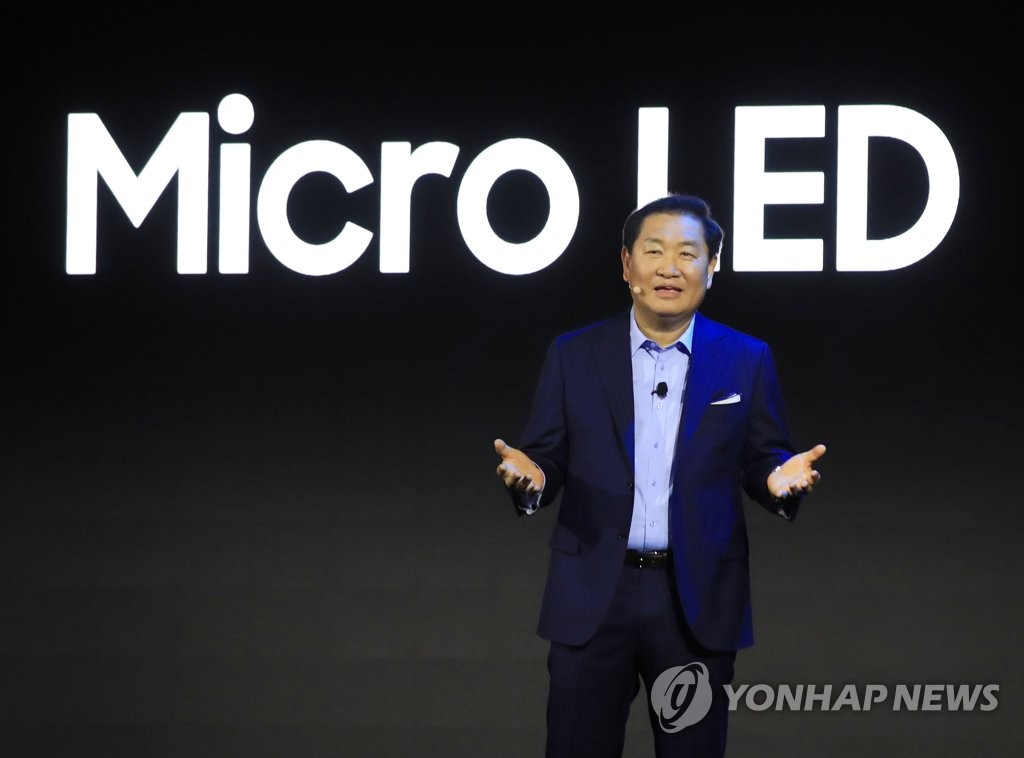