SEOUL, Dec. 7 (Yonhap) -- A Roman Catholic group on Monday called for reform of the prosecution, an issue at the center of an escalating dispute between the justice minister and the nation's top prosecutor.

At a press conference outside the Supreme Prosecutors Office, the Catholic Priests' Association for Justice accused Prosecutor General Yoon Seok-youl of becoming the biggest obstacle to reform by opposing efforts to create a judicial system that effectively distributes power among state agencies.

"The independence of the prosecution will begin when it relinquishes its monopoly on (investigative power)," the group said in a statement issued at the press conference. 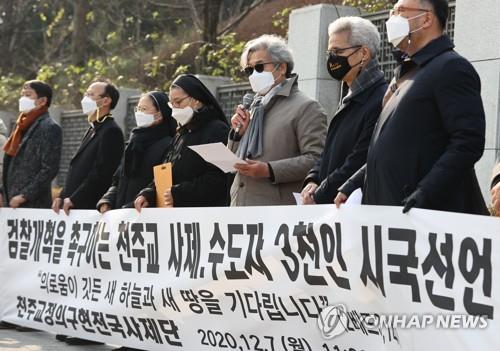 The statement, signed by 3,951 Catholic officials, or around 22 percent of the Roman Catholic clergy here, also accused the top prosecutor of applying double standards by being strict about others' wrongdoings and forgiving of himself.

The signatories included six bishops, such as the former and current heads of the Archdiocese of Gwangju, but not Cardinal Andrew Yeom Soo-jung, the archbishop of Seoul.

Yoon has been at odds with Justice Minister Choo Mi-ae for months, leading Choo to suspend him from duty last month before he was reinstated by a local court. 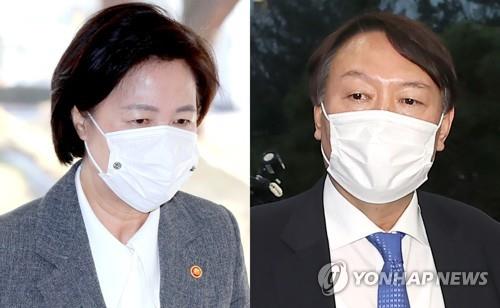