"We decided to put off the release schedule of 'Seobok,' set to hit screens in December, due to the wide spread of COVID-19," CJ Entertainment said in a statement.

"Seobok" is one of the most anticipated blockbusters this year in South Korea for its subject of the first human clone and for starring two Korean heartthrobs, Gong Yoo and Park Bo-gum.

Consequently, South Korean theaters will have only two new big-budget films for the Christmas and year-end season -- Warner Bros' action adventure, "Wonder Woman 1984," on Dec. 23 and Disney-Pixar's "Soul" on Dec. 25.

But Walt Disney Company Korea, the local distributor of "Soul," put off a media screening event slated for Wednesday out of concern over coronavirus transmission. It said it is not yet considering rescheduling the release of the animated film.

South Korea has been struggling with a spike in the number of novel coronavirus infections in recent weeks and will keep the level of social distancing at the second highest for the coming three weeks to flatten the curve. 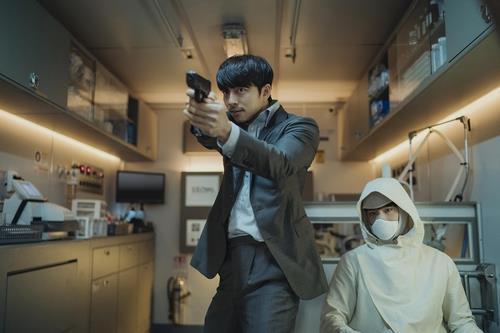