SEOUL, Dec. 7 (Yonhap) -- South Korea's top police agency on Monday reconfirmed its zero tolerance policy for driving under the influence (DUI) offenses, reacting to the recent death of a Taiwanese student in a traffic accident in Seoul caused by a drunk driver.

Song Min-hun, deputy commissioner general of the Korean National Police Agency, said that the government has been dealing sternly with DUI offenses and will make consistent efforts to eradicate drunk driving that threatens the lives of the people. 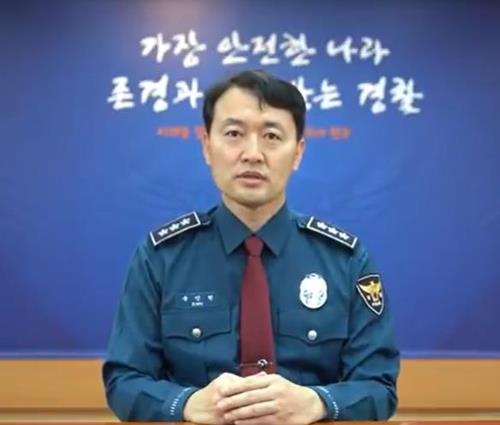 Song issued the statement in an answer to a public petition filed with the presidential office Cheong Wa Dae calling for harsh penalties for a DUI offender accused of killing a Taiwanese doctoral student, named Tseng Yi-lin, at a crosswalk in Seoul's Gangnam Ward on Nov. 6.

Tseng was hit by the drunk driver, whose identity was withheld, while crossing the southern Seoul road on a green pedestrian light, according to police.

"The government has toughened guidelines for the punishment of drunk drivers after the Yoon Chang-ho Act took effect in 2018," Song said, referring to a get-tough anti-DUI law named after an Army conscript who was killed by a drunk driver in Busan in the same year.

"The Yoon Chang-ho Act will also be applied to the case (of the Taiwanese student) and the perpetrator will be punished with imprisonment of at least three years or life imprisonment," Song emphasized.

He then offered his heartfelt consolation to the bereaved family of the Taiwanese student, while urging the Korean people to recognize that drunk driving is a serious crime that destroys families and society.