SEOUL, Dec. 8 (Yonhap) -- U.S. Deputy Secretary of State Stephen Biegun was set to arrive in Seoul on Tuesday for talks with South Korean officials on the bilateral alliance and the stalled nuclear negotiations with North Korea.

Biegun is scheduled to land aboard a chartered plane at Osan Air Base in Pyeongtaek, 70 kilometers south of Seoul, at about 5 p.m., officials said.

Alex Wong, deputy assistant secretary of state for North Korea, and Allison Hooker, senior director for Asian affairs at the White House's National Security Council, will be among those accompanying him on the trip, according to diplomatic sources. 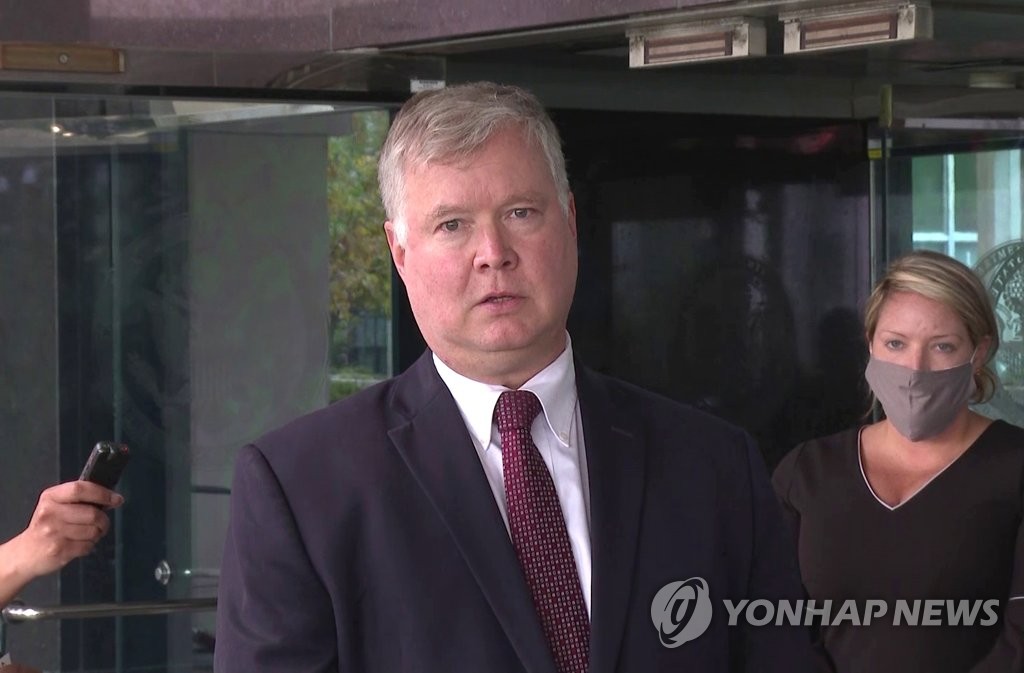 During his visit, Biegun is also expected to meet with other senior national security officials. He could also pay a courtesy call on President Moon Jae-in.

He will also give a lecture at a local think tank, sources said.

(LEAD) Biegun to arrive in Seoul for talks on bilateral alliance, N. Korea

(LEAD) Biegun to arrive in Seoul for talks on bilateral alliance, N. Korea