Suwon Samsung Bluewings came from behind to defeat Yokohama F. Marinos 3-2 and advanced to the quarterfinals at the Asian Football Confederation (AFC) Champions League Monday night in Qatar.

After Yokohama opened the scoring at Khalifa International Stadium in Doha, Suwon fought back with three unanswered goals and held on after a late Yokohama score. 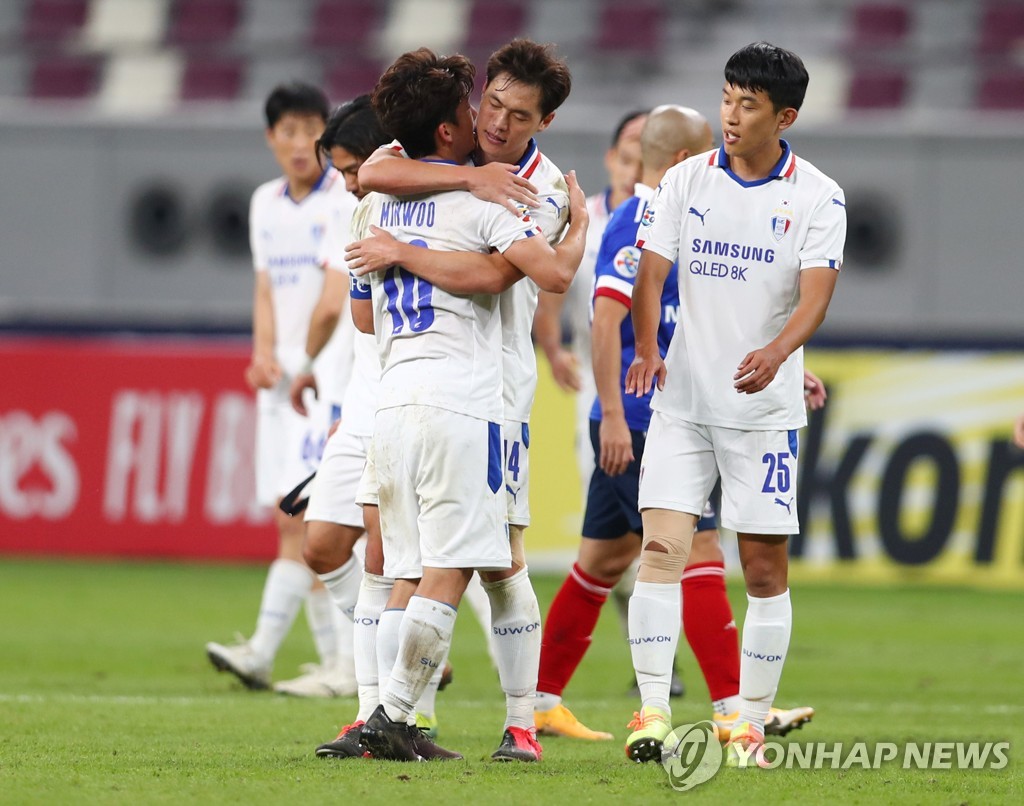 Suwon are one of two K League 1 clubs in the final eight, with Ulsan Hyundai FC having qualified Sunday. The draw for the quarterfinals will be later Tuesday.

Clubs in the West Zone -- teams from Iran, Iraq and Qatar, among others -- have completed their knockout matches, and Persepolis FC from Iran are already in the final. Those in the East Zone -- covering South Korea, China, Australia and Japan -- resumed their group action in a Qatar bubble last month, some eight months after the tournament pressed pause because of the coronavirus pandemic.

The quarterfinals will be played Thursday, followed by the semifinals Sunday and the championship final on Dec. 19. All remaining knockout matches will be contested in Qatar.

Suwon notched just one victory in four matches in Group G, and that win came in their final group contest against Vissel Kobe. Needing at least a two-goal victory to book a ticket to the knockout stage, Suwon beat the Japanese side 2-0. 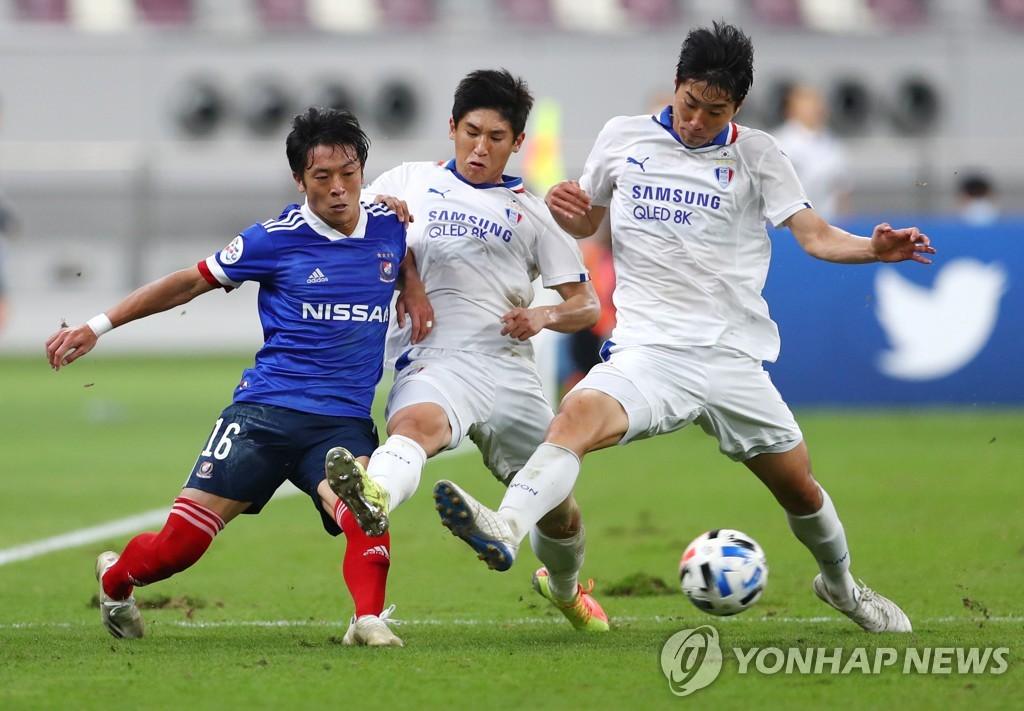 Then up against Yokohama, which won Group H behind four wins out of six matches, Suwon fell behind on Erik's goal in the 20th minute.

Kim Tae-hwan leveled the score for Suwon a dozen minutes into the second half, and the rally was on. In the 82nd, Kim Min-woo put Suwon ahead by converting a backheeled pass from Kim Gun-hee.

In the 87th, Han Suk-jong scored a stunner from the halfway line that put Suwon up by 3-1. When goalkeeper Powell Obinna Obi ventured out to near the top of the box, Han sensed an opportunity and lobbed one in from the center of the pitch. Obi scrambled back into position, but Han's shot had the perfect angle and distance to beat him.

Ado Onaiwu's injury time header cut the deficit to 3-2 for Yokohama, but it proved too little, too late for the Japanese club.

Suwon and Ulsan are joined by Beijing Guoan and Vissel Kobe in the last eight from the East Zone.

Suwon and Ulsan could have an all-K League match in the quarterfinals, but Suwon coach Park Kun-ha said he'd rather face the K League runners-up later in the tournament. 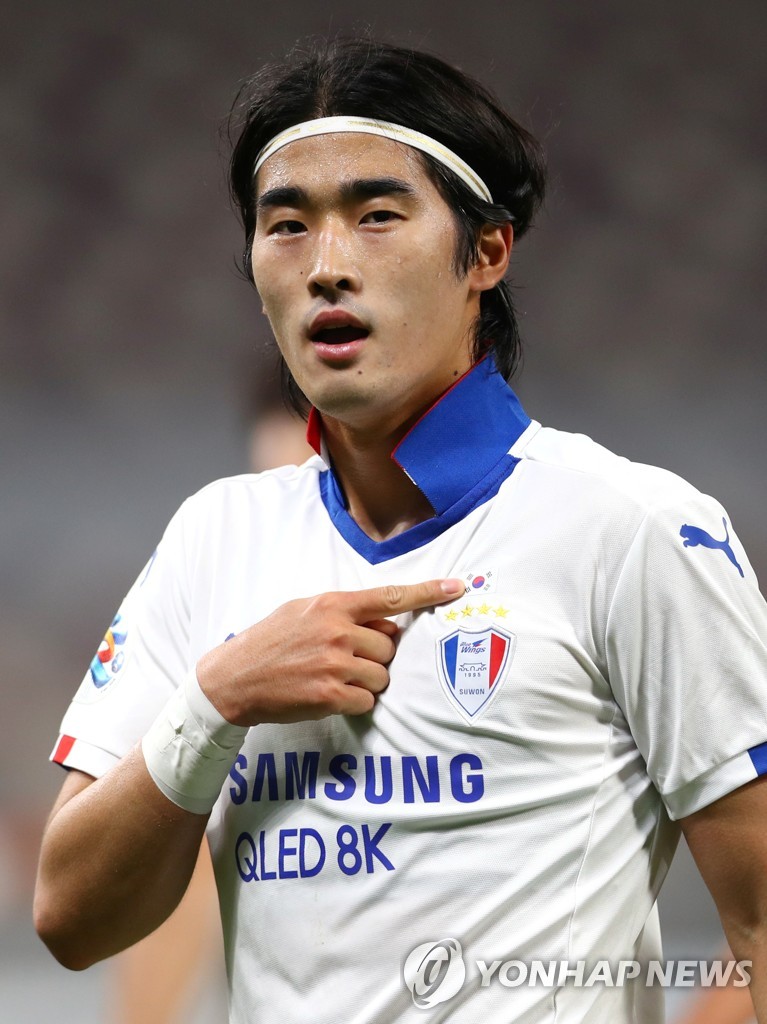 "No matter which team we face, we'll prepare ourselves to show our full capabilities," Park said. "We started this tournament in a tough spot, but after the first match, our players' confidence grew and we've been improving ever since."

Park admitted Suwon struggled against Yokohama's speed in the first half and that his players didn't compete with the same level of energy that they had shown in earlier matches.

"At halftime, I told them we should go and play our game, whether we lose or not," the coach added. "I don't think there's any secret to our second-half success. I think the guys are just well prepared mentally and physically." 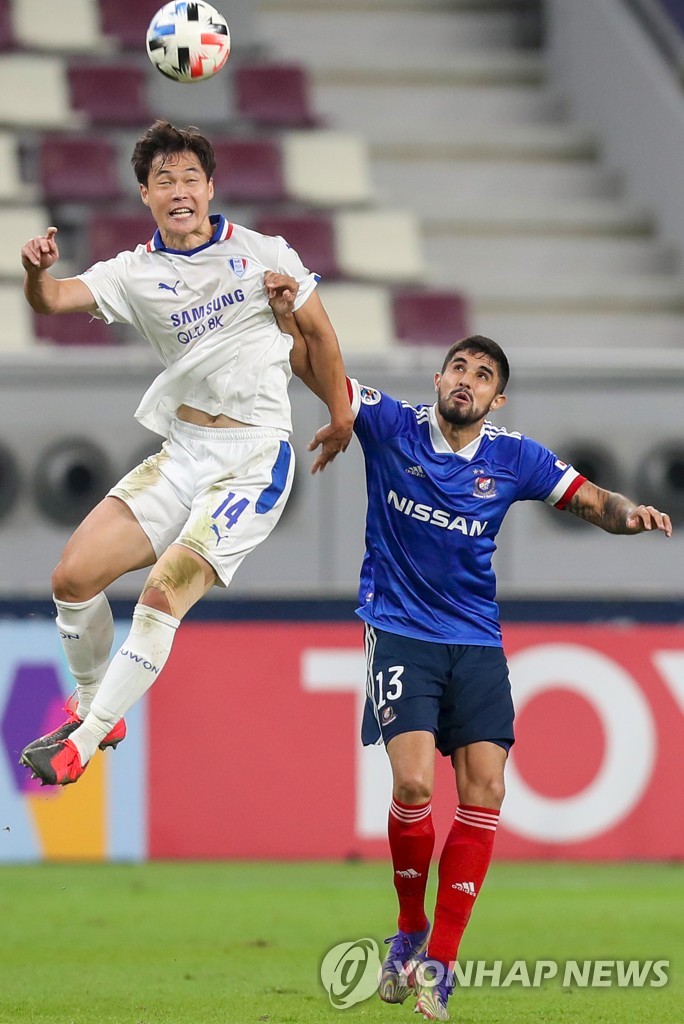 Kim Min-woo, selected the Man of the Match for the second time in a row, said he and his teammates have enjoyed the underdog label. They're the only club remaining without any import player.

"I think being regarded as the underdog, without a foreign player, has fueled us," the midfielder said. "We've all been trying to play extra hard for one another." 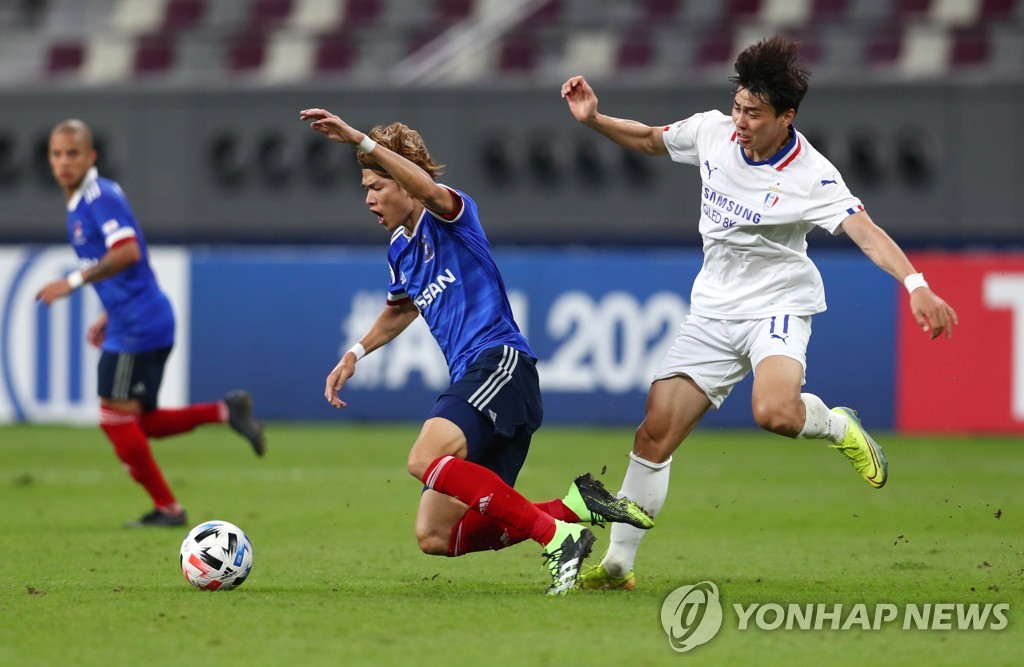