SEOUL, Dec. 8 (Yonhap) -- Samsung Electronics Co. was the world's fifth-largest computer monitor vendor in the third quarter of the year, a report showed Tuesday, as its shipments increased significantly amid the pandemic.

The South Korean tech giant had a market share of 9 percent in the global computer monitor market in the July-September period, up from 6.8 percent a year ago, according to market researcher International Data Corp. (IDC).

Dell Technologies Inc. was the leading vendor with a 16.9 percent market share, although its computer monitor shipments declined 1.9 percent on-year to 6.35 million units in the third quarter.

China's TPV Technology Ltd. narrowed its gap with Dell after its shipments increased 19.8 percent on-year to 5.67 million units for a 15.1 percent market share.

HP Inc. and Lenovo Group Ltd. came in third and fourth, respectively, with market shares of 12.6 percent and 10.6 percent. 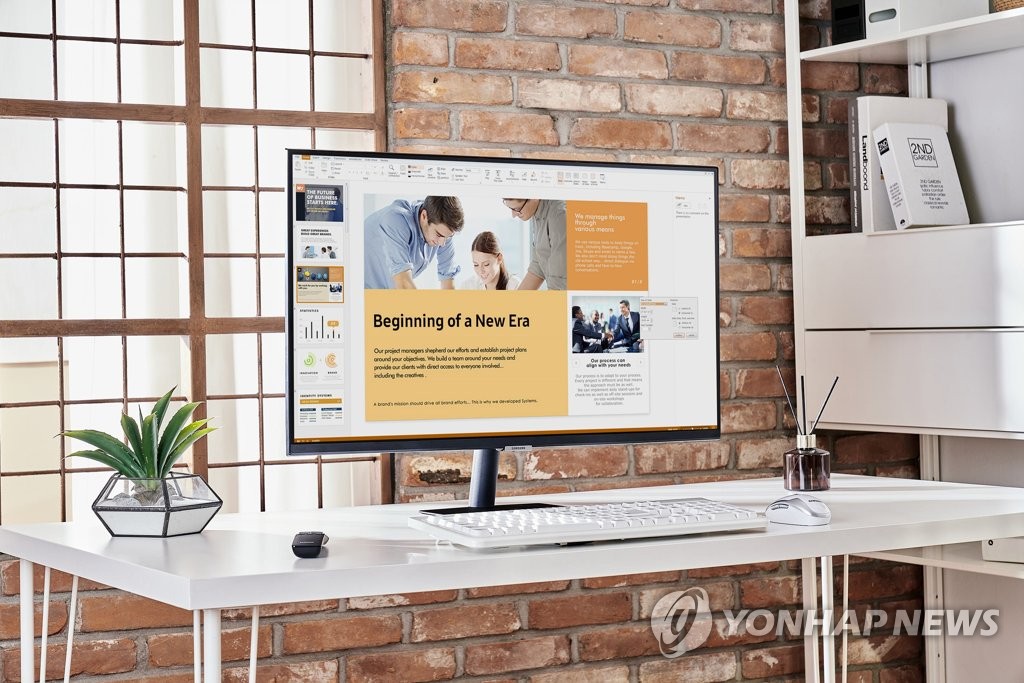 The third-quarter global computer monitor market grew up to its largest level since 2012 due to robust demand coming from remote working and distance learning amid the pandemic, IDC said.

Global shipments of computer monitor surpassed 37.5 million units in the third quarter, up 15.9 percent from a year earlier.

"Consumer demand drove much of the recent upswing with nearly half of the market coming from consumer shipments, a sizable reversal from recent years when businesses took a little over 60 percent of volume," IDC said. "Commercially focused Dell and HP experienced contractions, while online and consumer-facing channels grew, which favored smaller and more consumer-focused vendors."

IDC predicted that the global computer monitor shipments could reach 135 million units this year and grow up to 138 million units next year. However, it expected the market to shrink after 2021.

"With inventory still at healthy levels and enticing promotions for gaming as well as bigger displays, IDC believes the solid momentum should last well into the first half of 2021," it said. "However, looking past 2021, IDC expects a market wind down as consumer demand cools with gradual declines persisting through the forecast horizon of 2024."