The average capital adequacy ratio of 19 commercial and state-run banks stood at 16.02 percent as of end-September, up 1.46 percentage points from the end of June, according to the data from the Financial Supervisory Service (FSS).

A key barometer of financial soundness, the ratio measures the proportion of a bank's capital to its risk-weighted assets.

The rise came as their risky loans expanded at a slower pace than their total capital, which includes net profits. 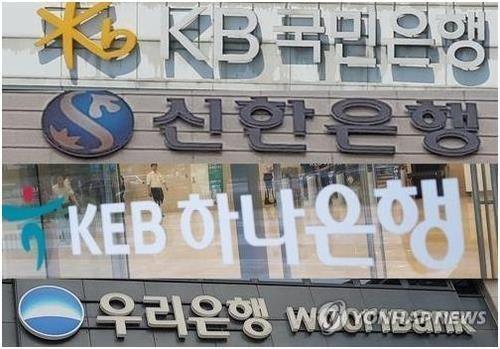 The FSS said most lenders had higher capital adequacy ratios than the international standard, despite a steady rise in lending stemming from the coronavirus outbreak.

The Switzerland-based Bank for International Settlements (BIS), an international organization of central banks, advises lenders to maintain a ratio of 8 percent or higher.

At the end of September, KB Koomin, Hana, Shinhan and other major lenders boasted stable capital adequacy ratios of 15-18 percent.

The figure for two state banks -- the Korea Development Bank and the Export-Import Bank of Korea -- came to 13.36 percent and 14.33 percent, respectively, because of their higher exposure to coronavirus-hit borrowers.

The ratio for Kakao Bank, one of the country's two internet-only lenders, stood at 13.45 percent, down 0.07 point from three months earlier.