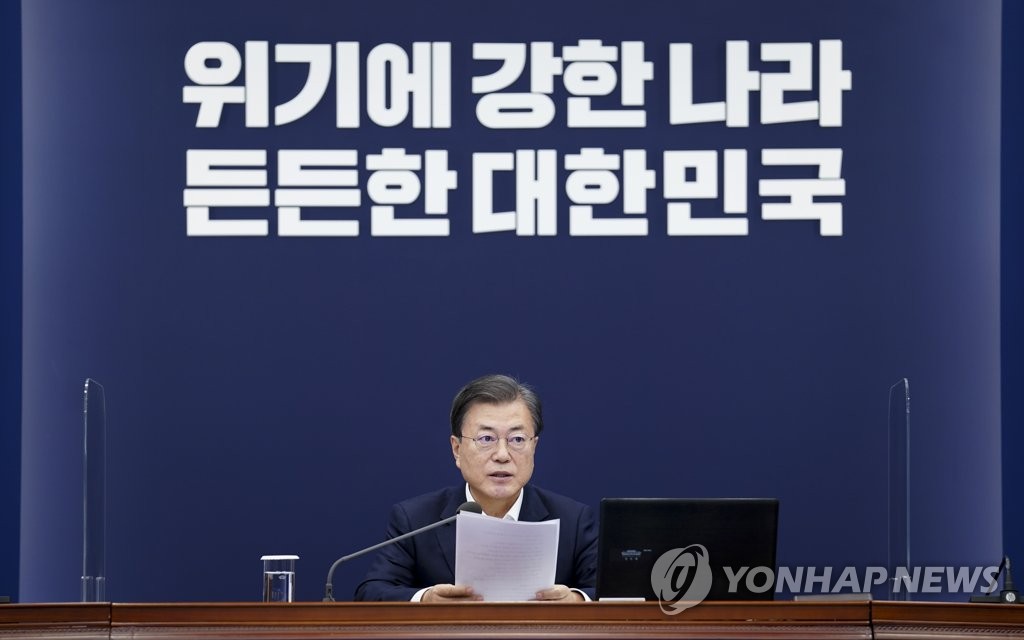 Moon said the trio has served as a "strut" for the nation to pull off a rebound in exports faster than others amid the COVID-19 pandemic.

He then emphasized that South Korea needs to gear up for the transformation of its trade to an environment-friendly format and a digital trade era, with the global e-commerce market explosively growing in the midst of the coronavirus outbreak.