He was referring to the Comprehensive and Progressive Agreement for Trans-Pacific Partnership, a free trade agreement (FTA) involving 11 nations. It's a renegotiated version of the Trans-Pacific Partnership (TPP) led by the Obama administration but abandoned by President Donald Trump. The U.S. may join the CPTPP under the upcoming Biden leadership.

It's the first time that Moon has talked in public about the possibility of South Korea joining the CPTTP. 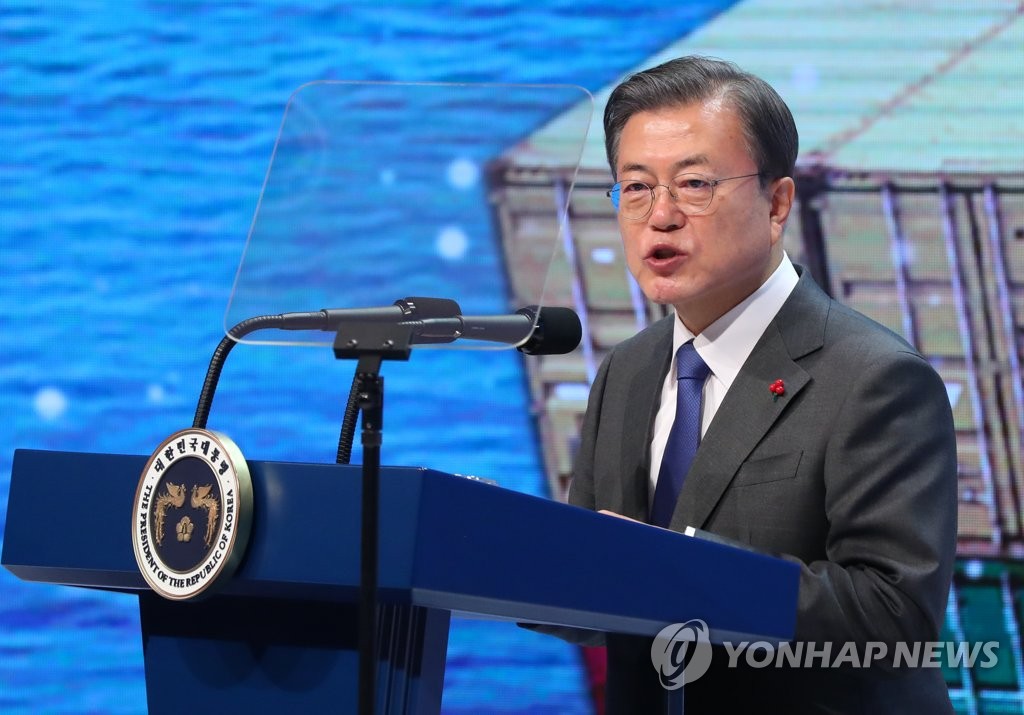 He called the trio a "new engine" to lead the nation's future exports.

Moon said memory chips, automobiles and computers have already served as a "support" for the nation to pull off a rebound in exports faster than others amid the COVID-19 pandemic.

He then emphasized that South Korea needs to gear up for the transformation of its trade to an environment-friendly format and a digital trade era.

He cited his administration's campaign to make South Korea carbon neutral by 2050.

"(We) should lead the green economy era to come and preemptively remove room for expected trade regulations," he said.

Moon described the "explosively growing global e-commerce market" in the midst of the virus outbreak as a "new window of opportunity," especially for small and medium-sized firms. 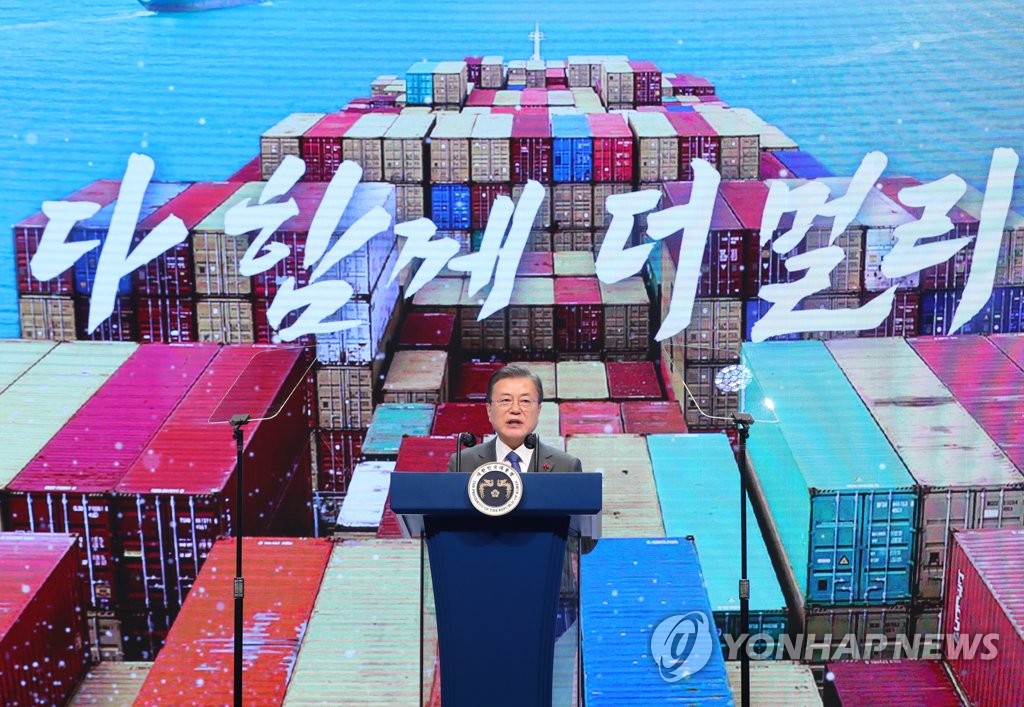 South Korea first marked the Export Day on Nov. 30, 1964, to celebrate export volume breaking the US$100 million mark. The government later renamed it Trade Day and then designated Dec. 5 as the anniversary to commemorate the 2011 achievement of becoming the world's ninth nation to have more than US$1 trillion in yearly trade.

As it fell on Saturday this year, the official ceremony was held Tuesday.