SEOUL, Dec. 8 (Yonhap) -- The portion of single-member households in South Korea surpassed 30 percent of the total for the first time in 2019, data showed Tuesday, amid a delay in marriage and rapidly aging population.

One-person families accounted for 30.2 percent of the total last year, up 29.3 percent from the previous year, according to the data by Statistics Korea.

Households consisting of a single member totaled 6.15 million in 2019, up from 5.85 million the previous year, the statistics agency said.

One-person households have been on the steady rise since 2015, when the percentage of people living alone hit 27.2 percent.

The data came as more South Koreans are delaying marriage, and the country is undergoing rapid aging. 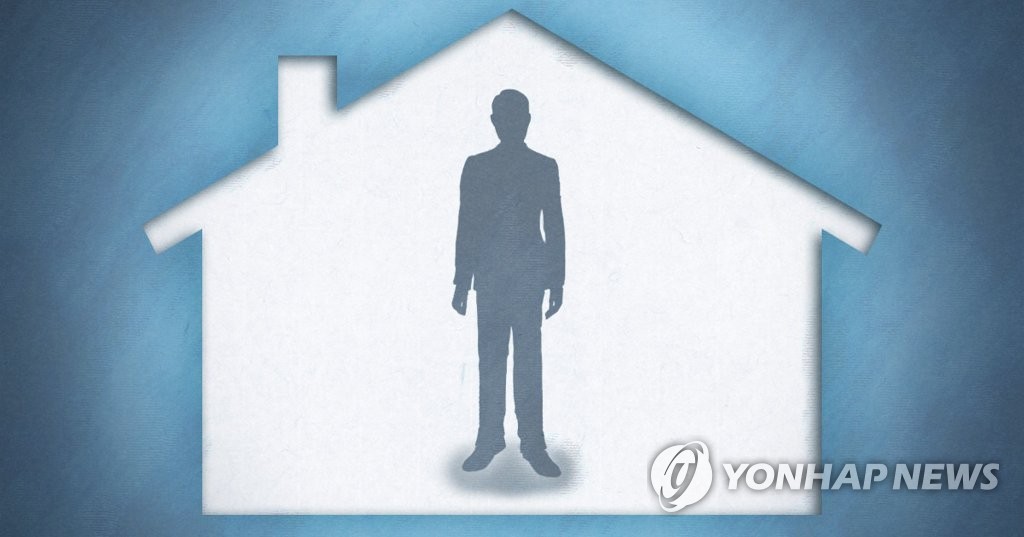 Of such households, people in their 20s accounted for the largest slice of 18.2 percent last year, followed by people in the 30s with 16.8 percent and in their 50s with 16.3 percent, the data showed.

The number of households having a working single member came to 3.67 million as of October 2019, accounting for 60.8 percent of all one-person families.

But their yearly income amounted to 21.2 million won (US$19,500) as of 2018, making up 36.3 percent of the total earnings by all households. Eight in 10 single-member households earned less than 30 million won per year.

The statistics agency said 38 percent of single-member households lived in homes while paying monthly rent last year, trailed by those with their own homes with 30.6 percent and living in homes on lease under a two-year deal, called "jeonse," with 15.8 percent.

One-person households held an average of 160 million won in assets as of end-2019, accounting for 37.2 percent of all households. Their financial debt averaged 20 million won, the data showed.