SEOUL, Dec. 8 (Yonhap) -- A state prosecutor was indicted Tuesday, along with two others, on corruption charges in a financial fraud scandal involving Lime Asset Management.

The indictment came 53 days after Kim Bong-hyun, the jailed former chairman of Star Mobility known as the main financial source for Lime Asset, revealed a related allegation in a letter. Kim is a key suspect in the high-profile scandal, in which he's alleged to have bribed lawmakers, prosecutors and government officials to cover up the fraud case and evade investigations.

Kim wrote in the October letter that he hosted a drinking party costing 10 million won (US$9,216) for three prosecutors and a prosecutor-turned-lawyer at a karaoke bar in the southern Seoul district of Gangnam.

The Seoul Southern District Prosecutors Office charged one of the prosecutors, the lawyer and Kim with violation of the Improper Solicitation and Graft Act, widely called the Kim Young-ran law.

Kim was arrested in April on charges of embezzlement from a bus company that allegedly received investment from Lime.

The prosecution office, however, decided not to indict two other prosecutors, saying they left the gathering before 11 p.m. and received wine and dine service worth less than one million won each.

Lime Asset, founded in 2012, has been under probe over its alleged cover-up of massive losses and subsequent suspension of fund redemption worth an estimated 1.6 trillion won. 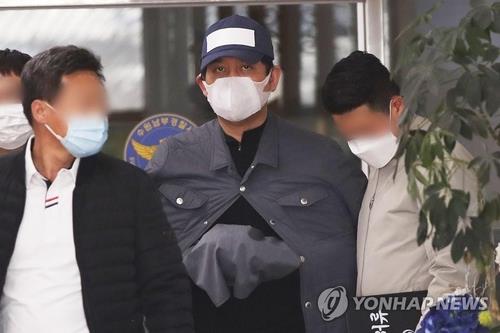