While U.S. President Donald Trump and President-elect Joe Biden topped the list, BTS was one of two musicians to be among the top 10 most tweeted about global figures, with the other being American rapper Kanye West. 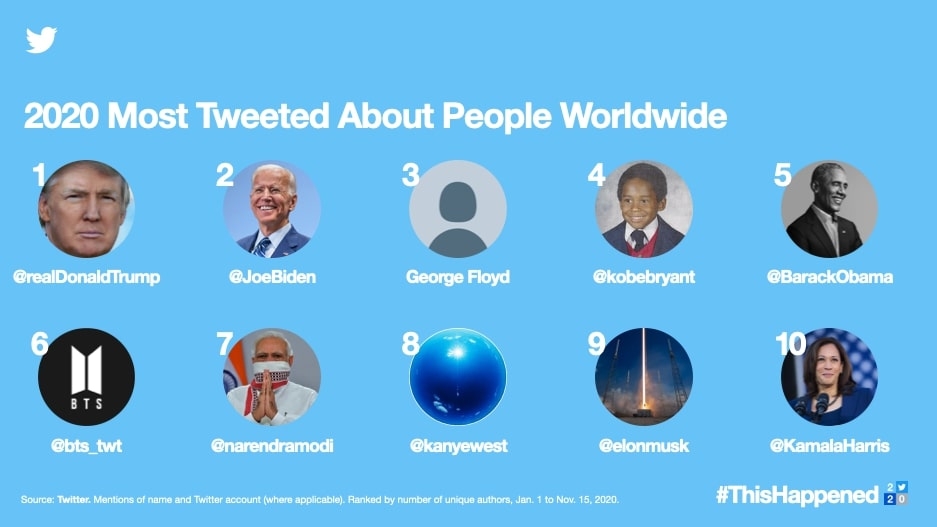 BTS also topped Twitter's list of the most tweeted about K-pop accounts globally this year for the fourth year in a row, followed by boy band Exo and girl group Blackpink.

Twitter added that a tweet of BTS member Jungkook covering a song by U.S. musician Lauv in May was the second most retweeted tweet worldwide this year at over 1.6 million times, following the tweet of American actor Chadwick Boseman's passing. 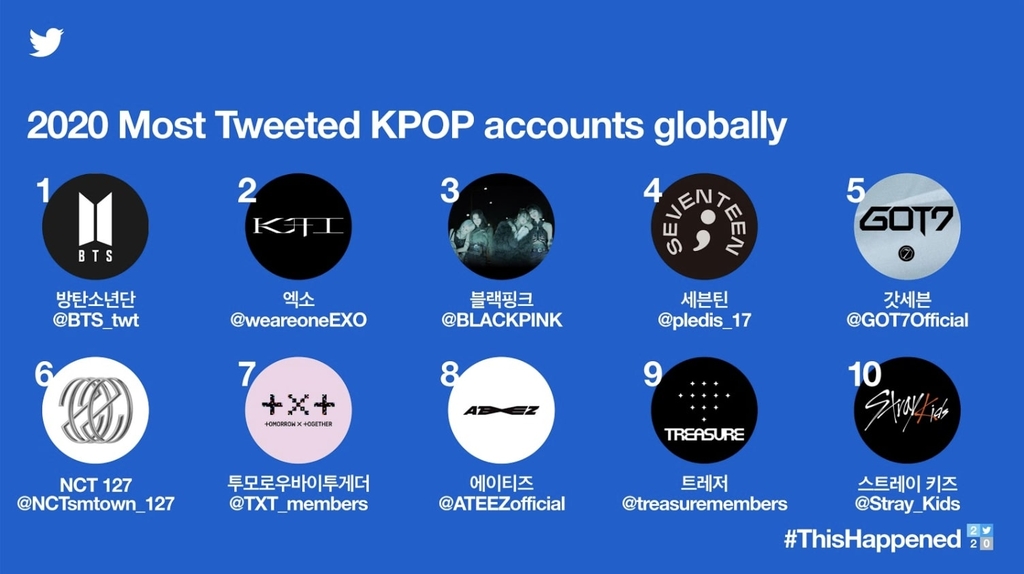 BTS' 6th most tweeted about people worldwide in 2020

BTS' 6th most tweeted about people worldwide in 2020