SEOUL, Dec. 8 (Yonhap) -- LG Uplus Corp., a major South Korean telecom operator, said Tuesday it will start testing millimeter wave (mmWave) 5G at a university campus under a government-led program as the country prepares to roll out the fastest version of the latest generation network.

The mobile carrier said it has completed installing 5G network infrastructure at Kumoh National Institute of Technology in Gumi, about 200 kilometers south of Seoul, allowing the carrier to test mmWave 5G in certain areas of the campus.

South Korea has yet to commercialize mmWave 5G, which uses the 28-gigahertz (GHz) band and unlocks speeds that can theoretically be up to 20 times faster than 4G LTE.

Local carriers currently use the 3.5-GHz band for 5G services, leading to speeds that are around three to four times faster than the previous generation network.

LG Uplus said its efforts fall under a government initiative to replace wired networks with 5G connectivity and that it aims to introduce 5G services to the university, such as a cloud-based work system, low-latency remote learning and an artificial intelligence-based facial recognition system.

The mobile carrier said it will test such services and mmWave 5G at the university throughout next year, using mobile devices based on U.S. chipmaker Qualcomm Technologies Inc.'s 5G platform.

Other wireless carriers are also preparing to test mmWave 5G, with SK Telecom Co. planning to use the network for a preventative system against COVID-19 at Incheon International Airport. 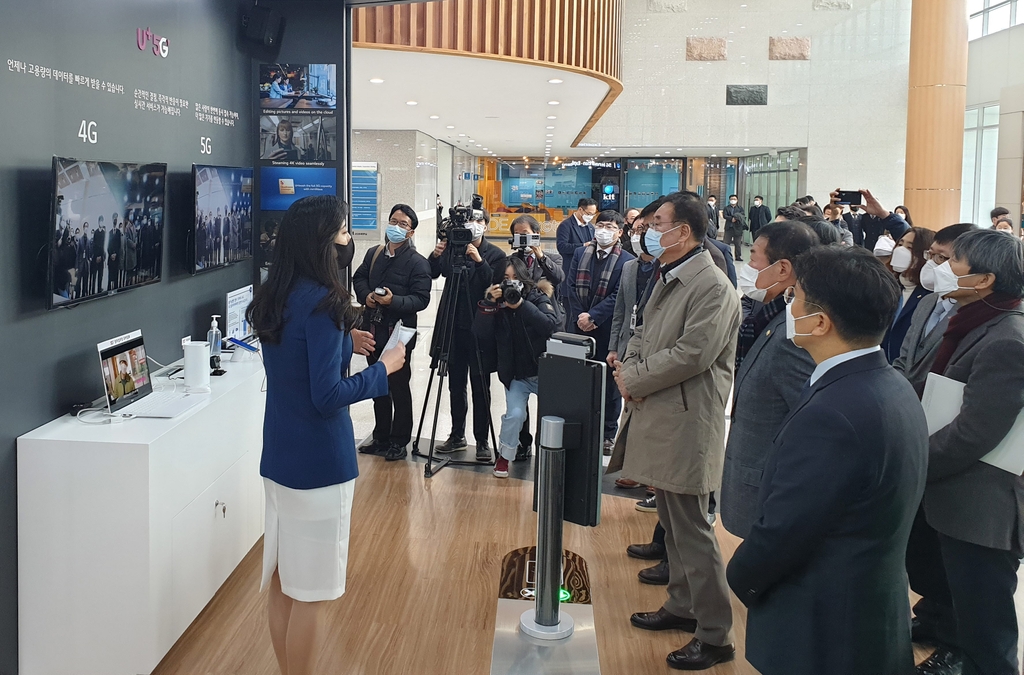