The nine-member group's album, "Step and a Step," ranked No. 1 on Japan's Oricon weekly singles chart for the first week of this month, just five days after it topped the daily CD singles chart of the Japanese music publisher, according to the agency.

NiziU is only the second girl group to reach the top of the weekly Oricon chart with its debut album, following a Japanese group Hinatazaka46.

"We are surprised and grateful to rank first (on the charts) with our debut album," the group said through its management agency, while also expressing hope to advance "step by step" with fans.

The album, released last Wednesday, includes the lead track "Step and a Step," written by JYP chief and K-pop guru Park Jin-young, as well as "Make You Happy," which charted even before the group's official debut. 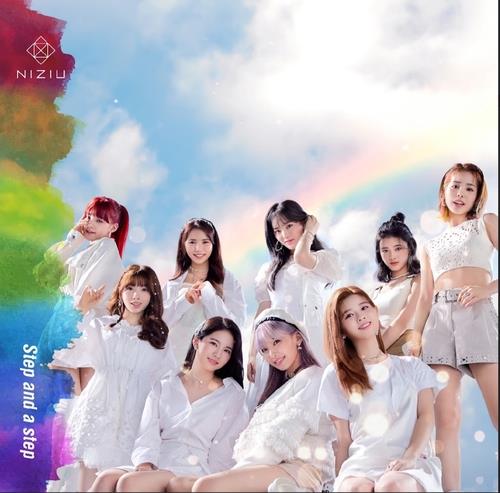