The latest case came from a quail farm in Eumseong, about 130 kilometers south of Seoul, according to the Ministry of Agriculture, Food, and Rural Affairs. The farm was raising 726,000 birds.

The local government plans to destroy birds within a 3-kilometer radius of the infected farm in the North Chungheong Province county.

Authorities have mandated a 48-hour standstill on all poultry farms in the province since Monday.

"With sources of infection spreading around wintering sites of migratory birds all over the country, there is a high risk of avian influenza (AI) outbreak if farms do not take sufficient disinfection and prevention measures," a ministry official said. 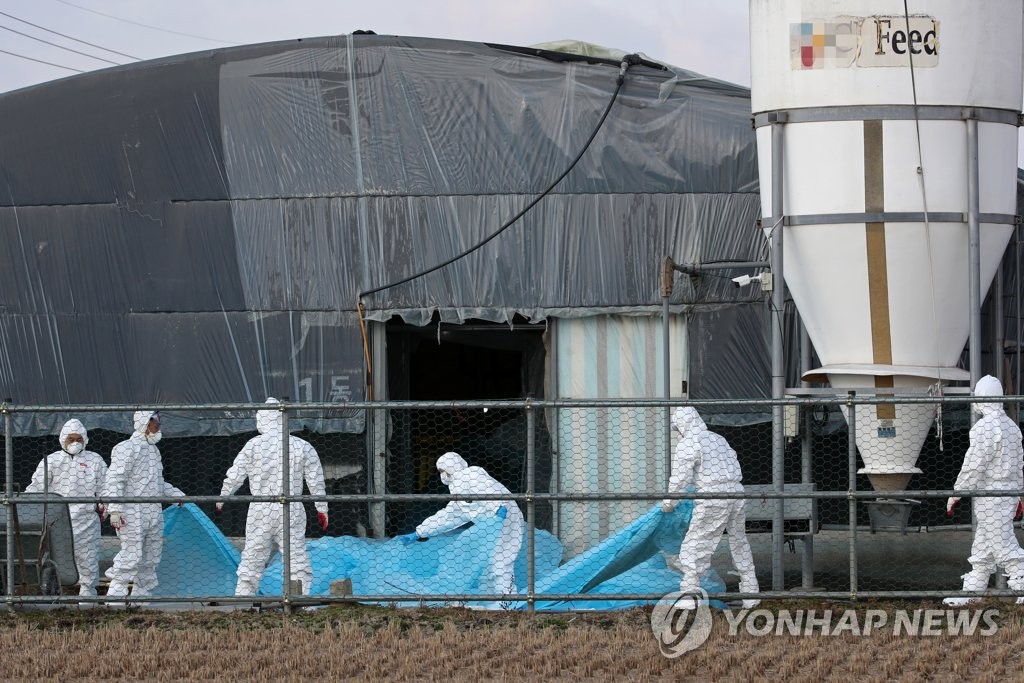 The country's first farm-related case of this year came from Jeongeup, 290 kilometers south of Seoul, on Nov. 28, followed by a second case in Sangju, 270 kilometers southeast of the capital city last week.

Earlier on Tuesday, the ministry said it was investigating another quail farm located 10 kilometers from the fourth infected farm, along with a duck farm in Naju, 355 kilometers south of Seoul.

In a separate announcement, local authorities said they have found four additional suspected cases among wild birds in the provinces of Gyeonggi, South Chungcheong, South Jeolla and North Gyeongsang, indicating that farms nationwide are vulnerable to bird flu infection. 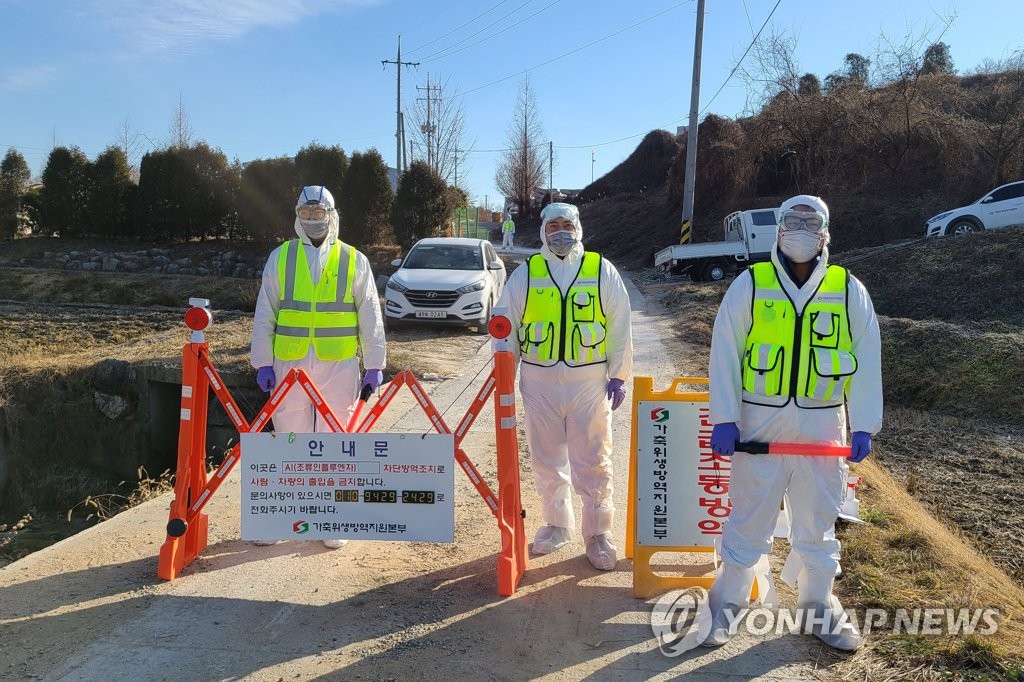