Both of the quarterfinal matches will take place Thursday at Al Janoub Stadium in Al Wakrah, just south of the Qatari capital of Doha. 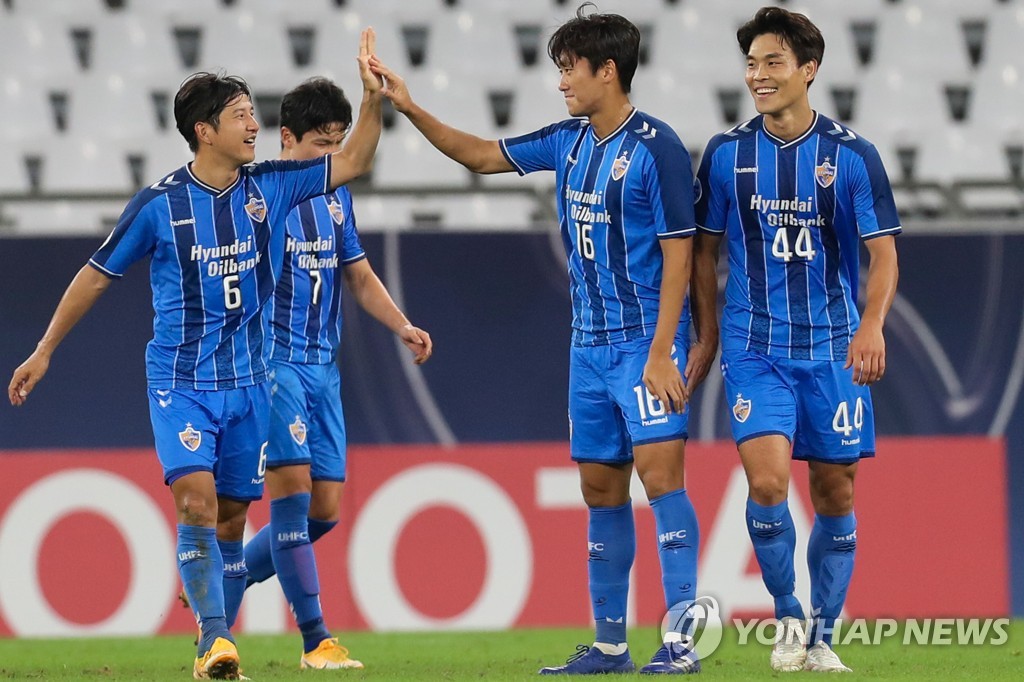 The AFC Champions League kicked off in February but came to a stop in March due to the coronavirus pandemic. Teams in the West Zone -- covering Saudi Arabia, Iran and Qatar, among others -- resumed their group stage in September, followed by knockout matches in their half of the bracket. With Qatar hosting all matches, Persepolis FC from Iran reached the final, scheduled for Dec. 19. 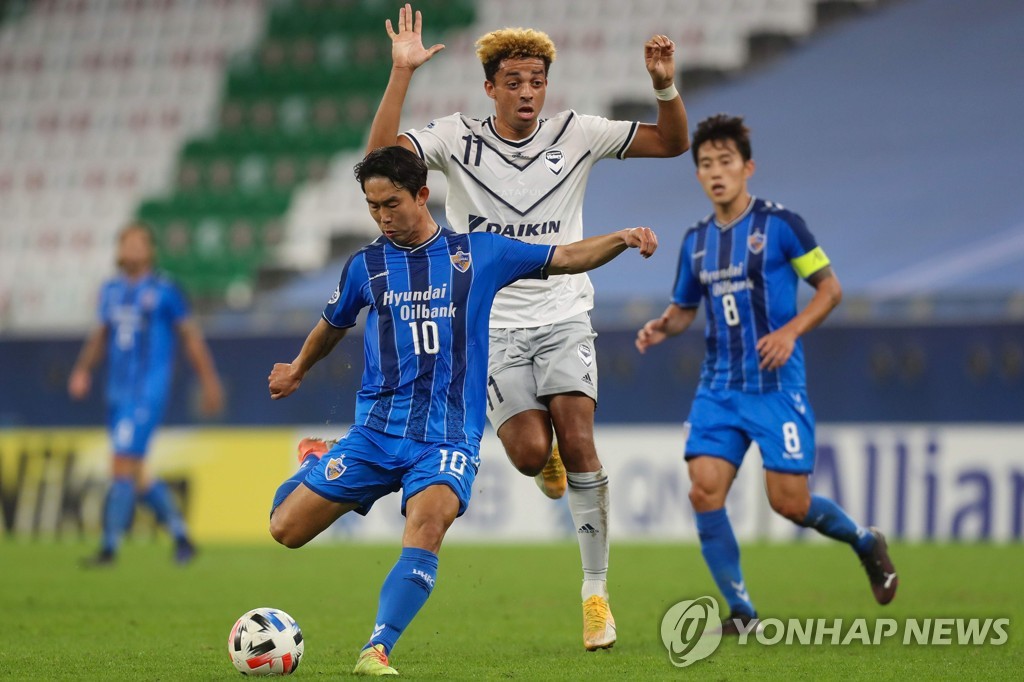 Clubs in the East Zone -- with teams from South Korea, Australia, China and Japan -- returned to action in November, also in Qatar. Their round of 16 wrapped up on Monday.

Ulsan won their first and only AFC title in 2012. Suwon won the Asian Club Championship, the earlier incarnation of the AFC Champions League, in 2001 and 2002.

No K League club has won the AFC crown since Jeonbuk Hyundai Motors did so in 2006.

Since the return to play, Ulsan have won all six matches -- five in group play and one in the round of 16 -- and have outscored opponents 16-4. 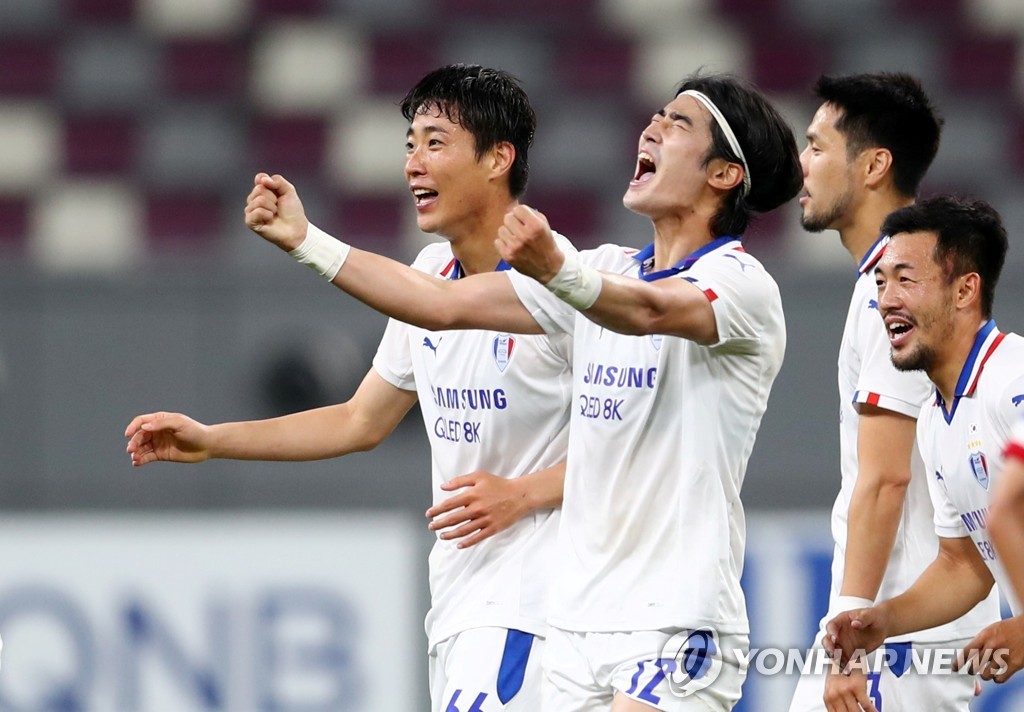 Suwon haven't been nearly as dominant but have been opportunistic. They had two consecutive draws after the group stage resumed in Qatar and then pulled out a 2-0 victory over Vissel Kobe in their final Group G match last Friday to squeeze into the knockout round.

Then in the round of 16, Suwon rallied for a 3-2 win over Yokohama F. Marinos.

Suwon and Vissel Kobe will be meeting for the second time in less than a week. The Japanese side had already secured a knockout berth prior to their earlier meeting, and they're expected to mount a more serious challenge in the knockout match this time.

Suwon are playing with no foreign player.

The semifinals are set for Saturday at 1 p.m. local time, or 7 p.m. in South Korea, back at Al Janoub Stadium. 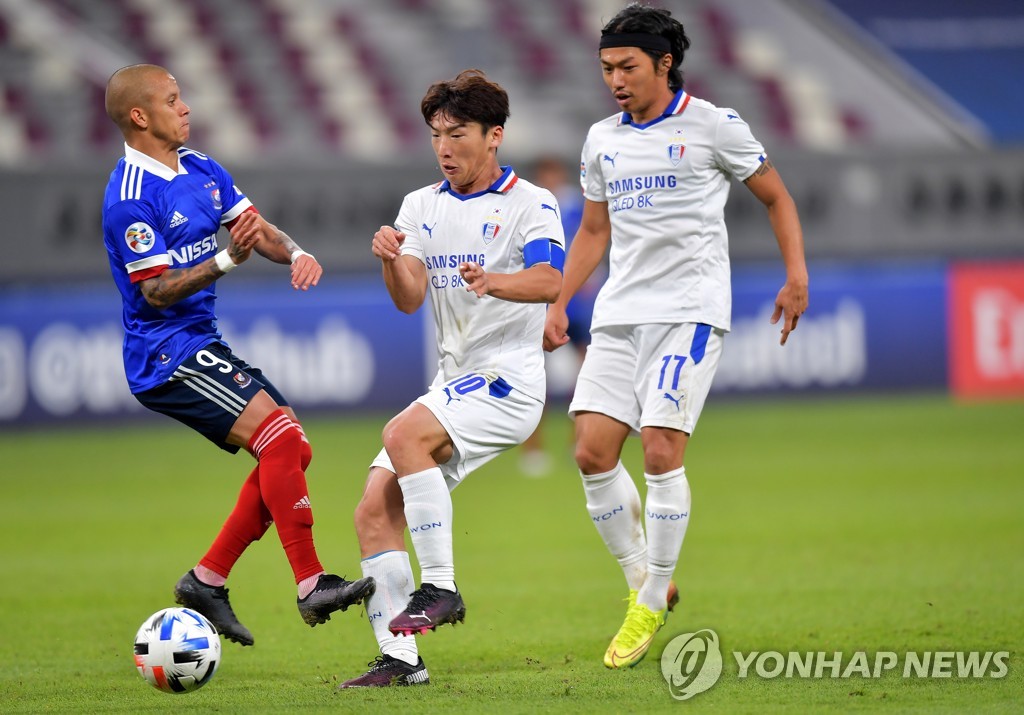