SEOUL, Dec. 9 (Yonhap) -- U.S. Deputy Secretary of State Stephen Biegun held talks with his South Korean counterpart in Seoul on Wednesday, as Seoul seeks to ensure cooperation between the allies to resume nuclear diplomacy with North Korea can continue under the incoming Joe Biden administration.

Biegun arrived in Seoul on Tuesday for what could be his last visit here in his current capacity as the State Department's No. 2 official and its point man on the reclusive regime.

Striking a jarring note hours ahead of his talks with Vice Foreign Minister Choi Jong-kun, Kim Yo-jong, the sister of North Korean leader Kim Jong-un, rebuked Foreign Minister Kang Kyung-wha's recent remarks on the North's COVID-19 situation and warned she might have to "pay dearly for it."

"I look forward to continuing close cooperation with you and your team in the weeks and months ahead," he added. 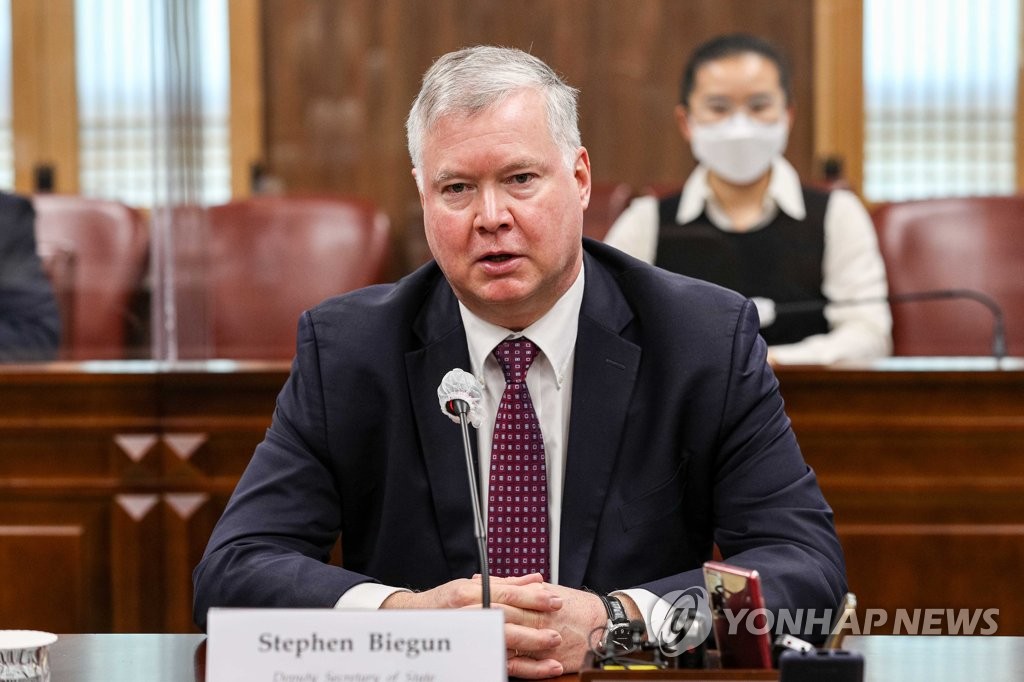 Biegun said he will give "some more detailed remarks and some thoughts" when he gives a lecture at a local think tank on Thursday afternoon.

"Let me just say that in those remarks, I am looking forward to talking about the great cooperation between the U.S. and Republic of Korea not only on the alliance issues, but relations with North Korea and also combating and recovering from the COVID-19 pandemic," he said.

Choi underscored the two countries' yearslong efforts to chart an "irreversible" path toward peace on the divided peninsula.

"During the time of your service, this past two plus years, the Trump and Moon administrations have achieved so much. Both the U.S. and ROK have started on what I consider as an irreversible path toward peace making on the Korean peninsula," he said.

"I'm sure North Korea knows this as well as we do. Shooting for the stars has made our alliance even stronger. We're a rock-solid linchpin of peace security in Northeast Asia," he added.

Rather than delving deep into such hard issues, the two sides were expected to take stock of the two countries' overall partnership over the last four years and touch on cooperation in ensuring that alliance cooperation will run smoothly under the new U.S. government.

Later in the day, Biegun is set to meet with Seoul's top nuclear envoy, Lee Do-hoon, to discuss joint efforts for lasting peace on the divided peninsula, including cooperation in preventing any North Korean provocation that could constrain diplomacy down the road.

Biegun and Lee plan to have dinner together.

Before coming to the foreign ministry, Biegun had a working breakfast with U.S. Ambassador to Seoul Harry Harris and U.S. Forces Korea Commander Gen. Robert Abrams.

Harris tweeted that Biegun has been "such a terrific asset" for the South Korea-U.S. alliance, adding, "Here's to our ironclad U.S.-ROK Alliance, friendship and partnership."

During his stay in Seoul, the deputy secretary also plans to meet other senior Seoul officials.

On Thursday, Biegun is set to have a breakfast meeting with Unification Minister Lee In-young. He is also expected to meet with senior presidential officials and Kent Harstedt, the Swedish special envoy for the Korean Peninsula, during his trip here.

On Friday, Foreign Minister Kang plans to host a dinner for Biegun at her official residence.

Biegun will depart for the United States on Saturday morning. 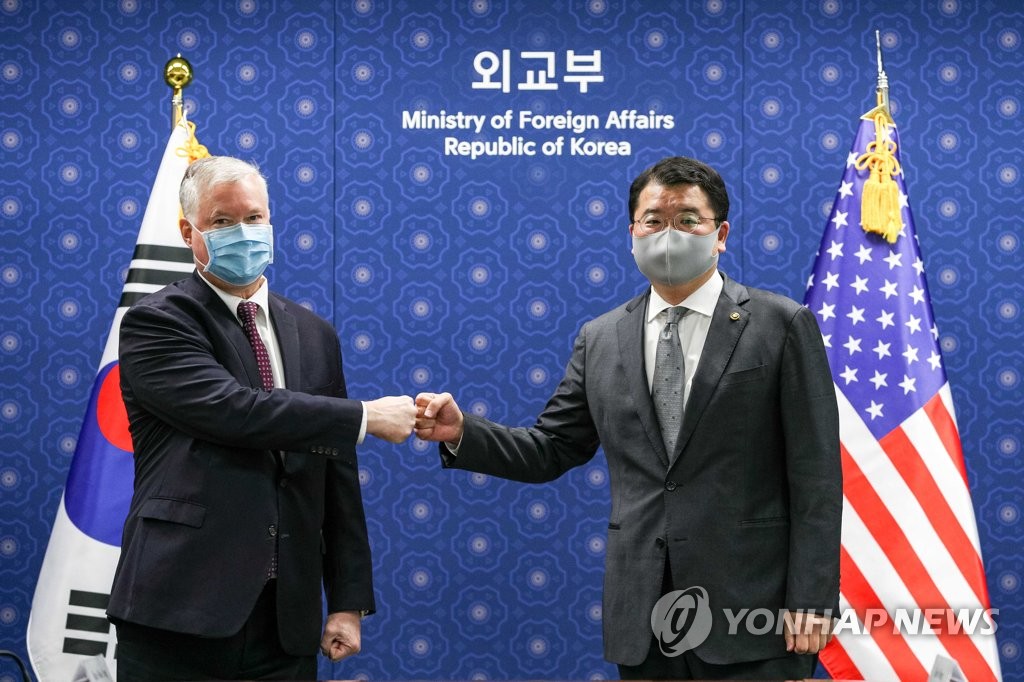