R&D expenditures by 217 large companies in Asia's fourth-largest economy totaled 40.2 trillion won (US$37 billion) in the January-September period, up 2.03 percent from a year earlier, according to the data from CEO Score.

Their combined sales fell 4.85 percent on-year to 1,178.7 trillion won over the cited period, with the ratio of R&D expenditures to revenue gaining 0.23 percentage point to 3.41 percent.

The tally covers companies that belong to the country's top 500 companies by sales and have announced their R&D spending in quarterly reports.

Samsung Electronics Co., the world's No. 1 smartphone and memory chip maker, was by far the largest R&D spender with 15.9 trillion won, becoming the sole company to spend more than 10 trillion won.

R&D expenditures by those six big spenders accounted for 65.2 percent of the total during the nine-month period. 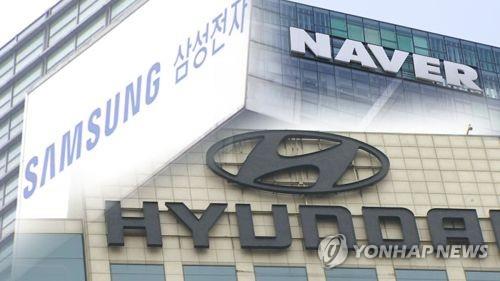