Hamre was conferred the Kwanghwa Medal by South Korean Ambassador to the United States Lee Soo-hyuck in a ceremony held in Washington, according to the Korean Embassy.

"Amb. Lee said the government's decision to give the Kwanghwa Medal to Hamre was based on the recognition of not only his contributions to the development of the South Korea-U.S. alliance while working at the Department of Defense, but also his contributions to the development of the bilateral relationship between South Korea and the United States while serving as president of the CSIS," the embassy said in a press release.

Hamre said he fell in love with South Korea when he first visited the country 35 years ago while expressing his gratitude to President Moon Jae-in, according to the embassy.

He promised to continue working for the development of the alliance, it said. 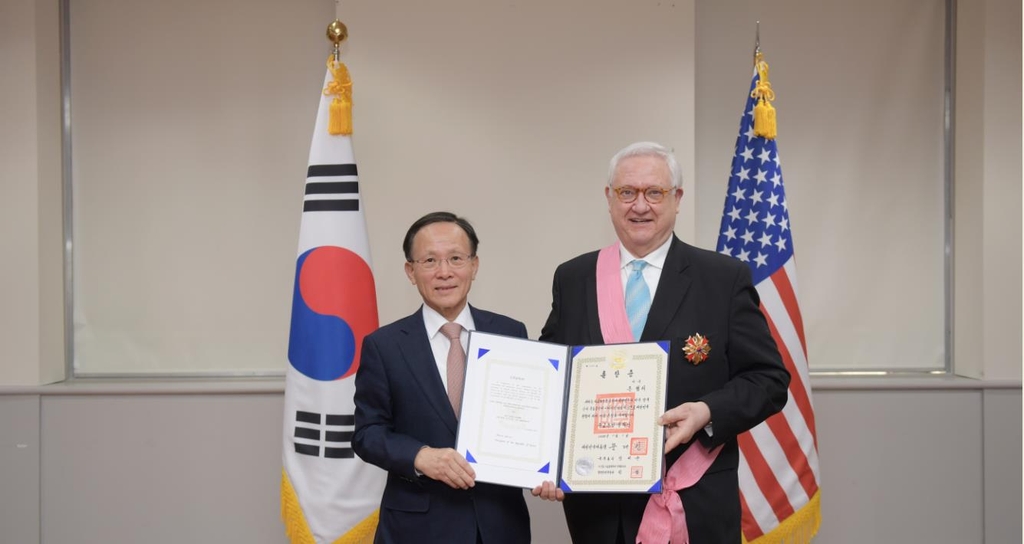