SEOUL, Dec. 9 (Yonhap) -- South Korea will develop an autonomous underwater mine detector with its indigenous technologies to boost the military's capabilities in mine countermeasure operations, the arms procurement agency said Wednesday.

The Defense Acquisition Program Administration said it has signed a 12 billion-won (US$11 million) contract with LIG Nex1 Co. to develop the robot capable of autonomously searching for mines in waters some hundreds of meters below the surface for over 20 hours.

Currently, the military uses Sound Navigation and Ranging (SONAR) systems on manned vessels or relies on troops' visual detection to find the mines.

The agency said the new mine detector, to be developed by 2023, is expected to cut the time spent on finding explosives in waters and strengthen the safety of service members involved in the task.

It can also be used to monitor enemies' possible infiltration and support rescue operations in marine accidents or collect topographical information on seafloors, the agency said.

"The detector will improve our military's mine countermeasure capabilities and contribute to the country's defense robot technologies," an agency official said. 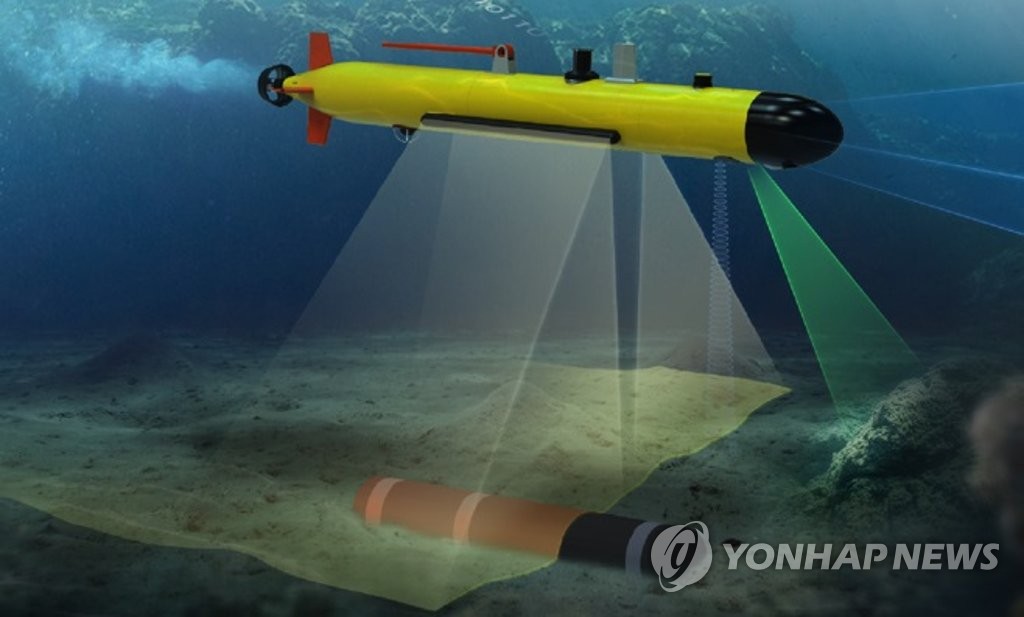