Ulsan Hyundai FC and Suwon Samsung Bluewings, the last two South Korean clubs left at the Asian Football Confederation (AFC) Champion League, managed to avoid each other in the quarterfinals draw. On Thursday, Ulsan will face Beijing Guoan, while Suwon will take on Vissel Kobe. Both matches will be at Al Janoub Stadium in Al Wakrah, Qatar, and will kick off at 1 p.m. and 5 p.m. (local time), or 7 p.m. and 11 p.m. in South Korea.

After Suwon beat Yokohama F. Marinos in the round of 16 on Monday, Suwon coach Park Kun-ha was asked about the prospect of facing Ulsan in the tournament. The quarterfinals draw was about 24 hours away. 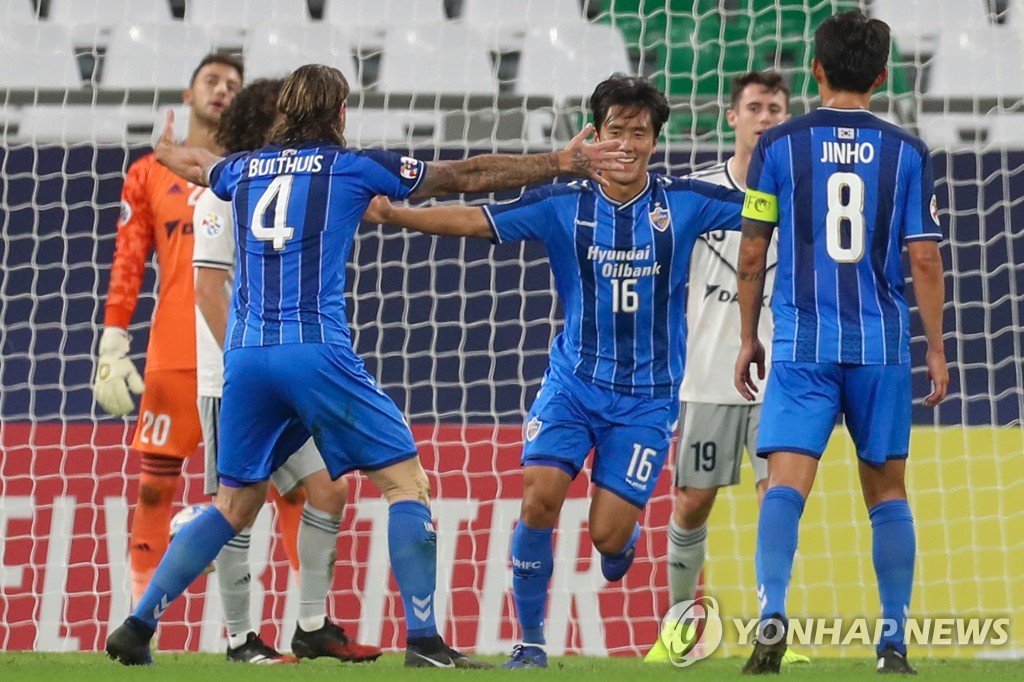 "Since we've both come this far, I hope we meet later in the tournament than in the quarterfinals," Park said Monday.

Park is halfway there, as Suwon and Ulsan each drew a different opponent for the quarterfinals. If they both win, there will be an all-Korean semifinals Sunday. It will be the latest possible stage for the two K League clubs to meet in this tournament. It will also guarantee the first appearance in the AFC Champions League final for a K League club since Jeonbuk Hyundai Motors won it all in 2016.

But if they both lose, then the K League will be without a representative in the semifinals for the second straight year and for the third time in four seasons. 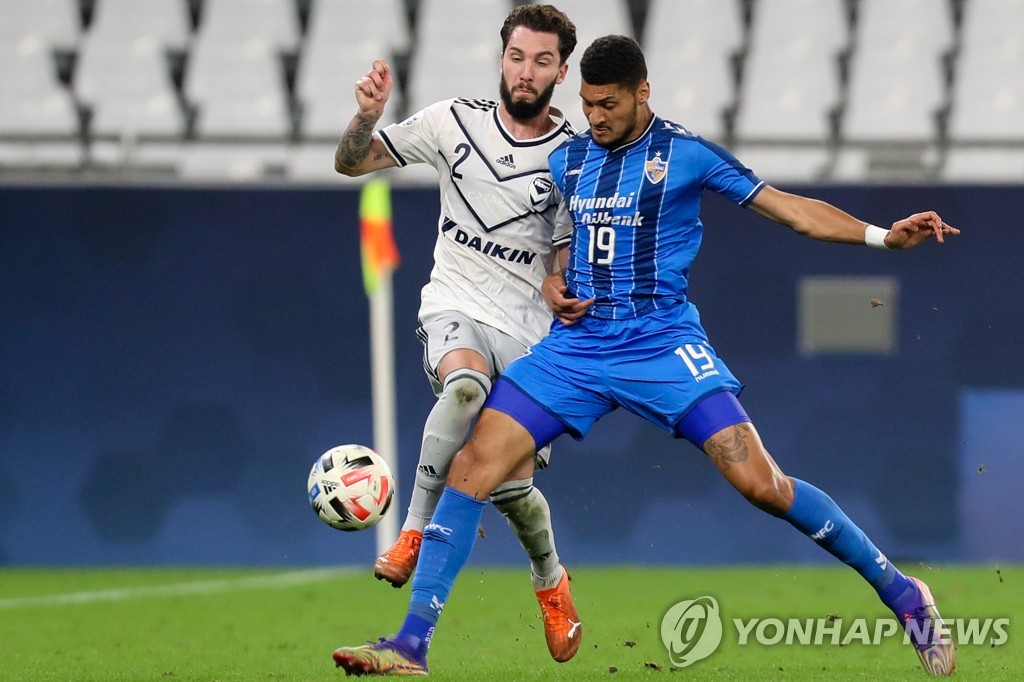 The Ulsan-Beijing match pits two undefeated clubs against each other. Ulsan won Group F with five wins and a draw before knocking off Melbourne Victory with a 3-0 win in the round of 16. Ulsan have won all six matches played since the tournament resumed in Qatar last month. Midfielder Yoon Bitgaram has scored four goals in Qatar, and forward Bjorn Johnsen has chipped in three.

Beijing ran the table in Group E, also with five wins and a draw, and then eliminated FC Tokyo in the round of 16 with a 1-0 victory. 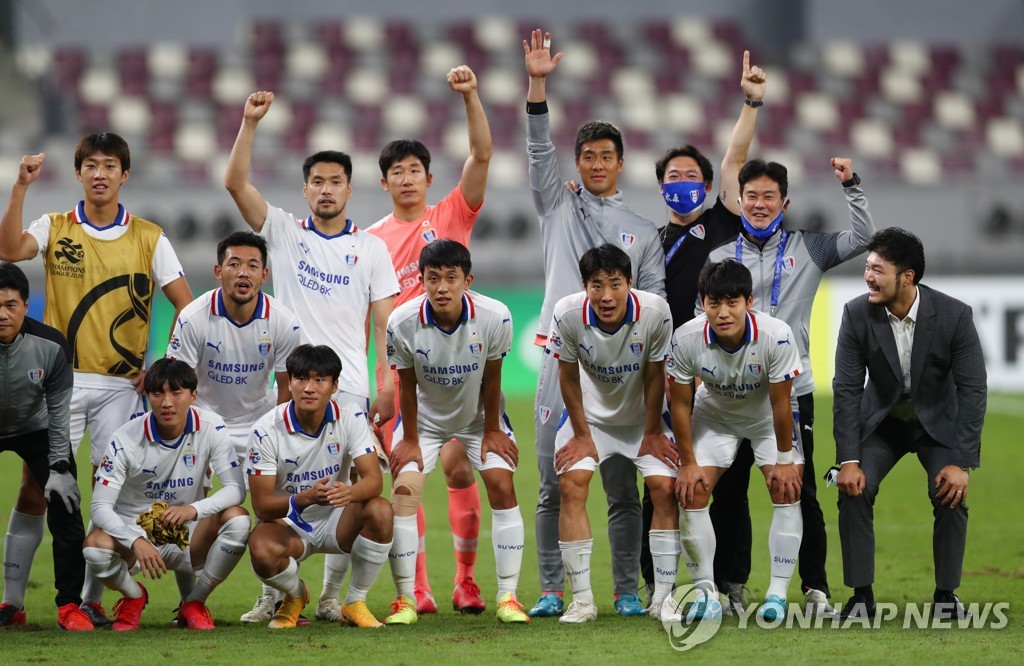 "When I watched Beijing during the group stage, I got the impression that they were a strong team," Ulsan coach Kim Do-hoon said after Tuesday's draw. "It's great to have an opportunity to play a team like this."

Suwon beat Vissel Kobe last Friday 2-0 in their final group match just to get into the round of 16. Suwon then rallied past Yokohama F. Marinos 3-2 to set up a rematch with Vissel Kobe, which blanked Shanghai SIPG 2-0.

Vissel Kobe had already clinched a knockout berth before facing Suwon last week. They rested some regulars, and former FC Barcelona captain and Spanish stalwart Andres Iniesta only played the first half.

Iniesta saw more action in the round of 16 and scored the team's first goal against Shanghai.

"The quarterfinals will be different from the group stage," Suwon coach Park Kun-ha said. "Kobe have a good team. We have to be thorough in our preparation."

Teams from Groups A to D, hailing from countries that include Iran, Saudi Arabia and Qatar, have already completed their knockouts. Persepolis FC from Iran are waiting in the final, scheduled for Dec. 19. 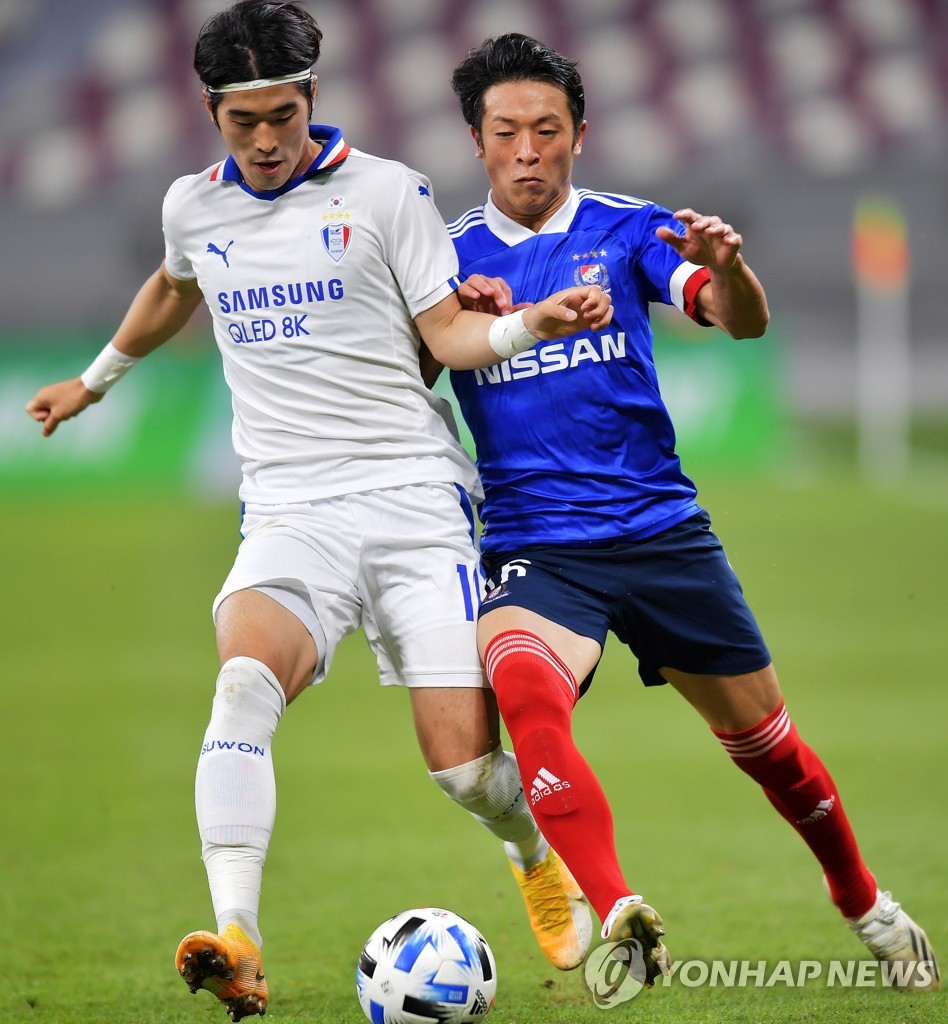