SEOUL, Dec. 9 (Yonhap) -- Prime Minister Chung Sye-kyun said Wednesday that the government will concentrate "all of its capabilities" on countering the rapid spread of COVID-19 in and around Seoul.

"(The government) will focus all of its capabilities (in the greater Seoul area)," he said, stressing the significance of turning around the situations in the region where around half of South Korea's 52-million population reside.

"The trend of COVID-19 spreading in the capital region is very serious," he said during a government meeting of top officials in charge of dealing with the pandemic. 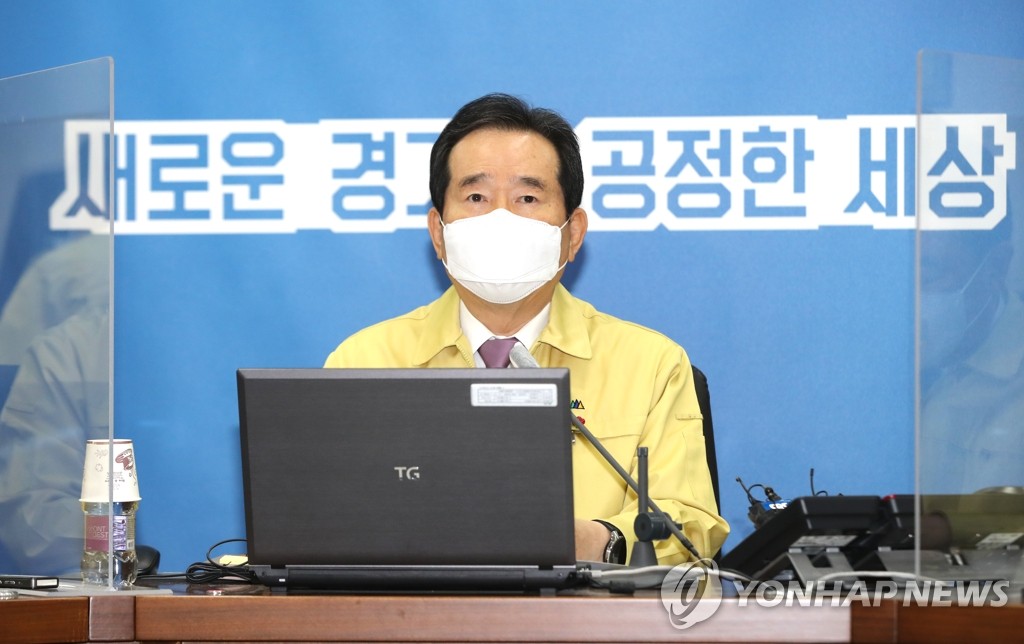 The meeting of the Central Disaster and Safety Countermeasure Headquarters was held at the provincial government office of Gyeonggi Province in Suwon, 45 kilometers south of Seoul.

Since Tuesday, the government has imposed the second-toughest curbs of the five-tiered virus restriction system in Seoul and the nearby city of Incheon and Gyeonggi Province, which have experienced a rapid climb in new cases, and mid-level restrictions in the rest of the country.

Chung said the government is meticulously planning its vaccine administration program, including the selection of first recipients and the logistics of vaccines, and pledged to do the utmost to administer vaccines to the general public when needed after monitoring the situations in other countries.

President Moon Jae-in, meanwhile, plans to convene an emergency meeting later in the day to review the virus response situation in the capital region, according to Cheong Wa Dae.

The meeting is to take place at the national crisis response center at the presidential compound and attendees will include Noh Young-min, Moon's chief of staff; Suh Hoon, director of national security; and Health Minister Park Neunghoo. Top officials from the Seoul and Incheon city governments, and the Gyeonggi provincial government will also participate in it through video link.